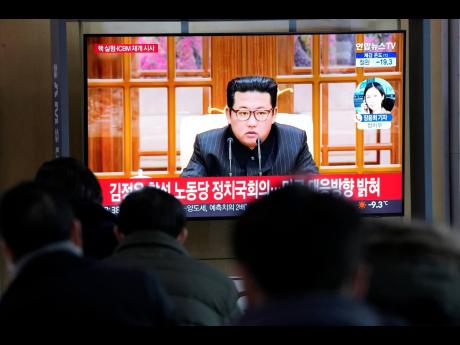 Accusing the United States of hostility and threats, North Korea on Thursday said it will consider restarting “all temporally suspended activities” it had paused during its diplomacy with the Trump administration, in an apparent threat to resume testing of nuclear explosives and long-range missiles.

Officials gave instructions to “reconsider in an overall scale the trust-building measures that we took on our own initiative … and to promptly examine the issue of restarting all temporally suspended activities,” the KCNA said.

Experts say Kim is reviving an old playbook of brinkmanship to extract concessions from Washington and neighbours as he grapples with a decaying economy crippled by the pandemic, mismanagement and US-led sanctions over his nuclear ambitions.

The North has been ramping up its weapons demonstrations recently, including four rounds of missile launches just this month, in an apparent effort to pressure Washington over a prolonged freeze in nuclear diplomacy.

South Korea said its military was closely monitoring the North as it urged its rival to return to dialogue.

China, North Korea’s main ally, repeated its denouncement of US sanctions through a foreign ministry briefing on Thursday, calling them a source of tension on the Korean Peninsula. China has avoided criticising the North over its recent missile launches and endorsed a return to multinational disarmament talks hosted by Beijing that have stalled since 2008.

Kim announced a unilateral suspension of his nuclear and intercontinental ballistic missile tests in 2018, as he initiated talks with then-President Donald Trump in an attempt to leverage his nukes for badly needed economic benefits.