Family of comatose boy seeks to have him moved to hospice 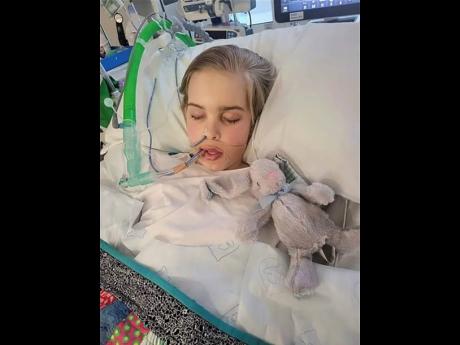 AP
Archie Battersbee, whose parents have submitted an application to the European Court of Human Rights in a bid to postpone the withdrawal of his life support.

The family of a comatose boy who have fought to prevent doctors from ending his life-support treatment has filed a legal action requesting permission to move their son from a London hospital to a hospice.

Archie Battersbee’s parents announced the move after the European Court of Human Rights late Wednesday rejected a request to intervene in the case, following a series of rulings by UK courts that backed doctors who said further treatment was not in the 12-year-old’s best interests because he is brain-dead.

The family is now seeking permission to move Archie from the Royal London Hospital in east London to a hospice.

“I would like him out of here as quick as possible, really, and in a peaceful hospice to say goodbye and spend time with his family, uninterrupted by the noise and chaos,” his mother, Hollie Dance, told the BBC.

The dispute is the latest UK case pitting the judgement of doctors against the wishes of families. It is common for British courts to intervene when parents and doctors disagree on the treatment of a child. In such cases, the best interests of the child take primacy over the parents’ right to decide what they believe is best for their offspring.