DeSantis sued by Florida prosecutor he removed over abortion 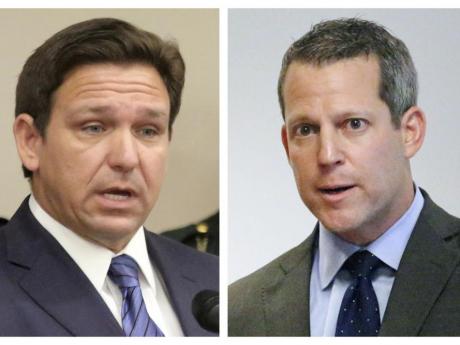 TALLAHASSEE, Fla. (AP) — An elected Florida prosecutor who was removed from office by Governor Ron DeSantis because of his positions on abortion and transgender rights filed suit Wednesday to get his job back, saying the Republican leader violated his First Amendment rights.

The lawsuit alleges that DeSantis did not identify any actual conduct involving criminal activity that would warrant a suspension and says the governor is punishing Warren for voicing positions that DeSantis opposes.

DeSantis, criticised by Democrats for signing abortion restrictions and bills seen as anti-LGBTQ into law, held a campaign-like event to announce Warren's suspension where supporters cheered the decision. The governor's office did not immediately respond to an email seeking comment Wednesday morning.

Now seeking re-election in November and positioning himself as a potential 2024 presidential candidate, the governor cited Warren's “neglect of duty” and other alleged violations.

In his executive order, DeSantis cited Warren's policy of not pursuing some lesser categories of crime, including “trespassing at a business location, disorderly conduct, disorderly intoxication, and prostitution.”

The suspension was backed by several law enforcement officers including Hillsborough County Sheriff Chad Chronister, who said Warren had been acting as a kind of “supreme authority” to decide ”what crimes will be legal or illegal in our county.”