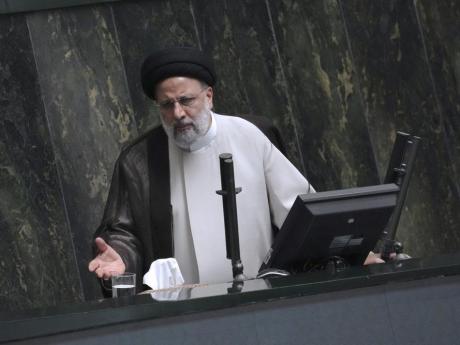 DUBAI, United Arab Emirates (AP) — Iranian President Ebrahim Raisi on Tuesday appealed for national unity and tried to allay anger against the country's rulers, even as the anti-government protests that have engulfed the country for weeks continued to spread to universities and high schools.

Raisi acknowledged that the Islamic Republic had “weaknesses and shortcomings,” but repeated the official line that the unrest sparked last month by the death of a woman in the custody of the country's morality police was nothing short of a plot by Iran's enemies.

“Today the country's determination is aimed at cooperation to reduce people's problems,” he told a parliament session.

“Unity and national integrity are necessities that render our enemy hopeless.”

His claims echoed those of Iran's supreme leader Ayatollah Ali Khamenei, who blamed the United States and Israel, the country's adversaries, for inciting the unrest in his first remarks on the nationwide protests on Monday.

It's a familiar tactic for Iran's leaders, who have been mistrustful of Western influence since the 1979 Islamic Revolution.

Iran has also blamed the unrest on Kurdish opposition groups in the country's northwest that operate along the border with neighbouring Iraq.

The protests, which emerged in response to the death of 22-year-old Mahsa Amini after her arrest for allegedly violating the Islamic Republic's strict dress code, have embroiled dozens of cities across the country and evolved into the most widespread challenge to Iran's leadership in years.

A series of festering crises have helped fuel public rage, including the country's political repression, ailing economy and global isolation.