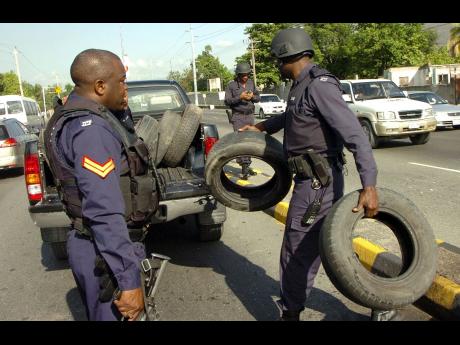 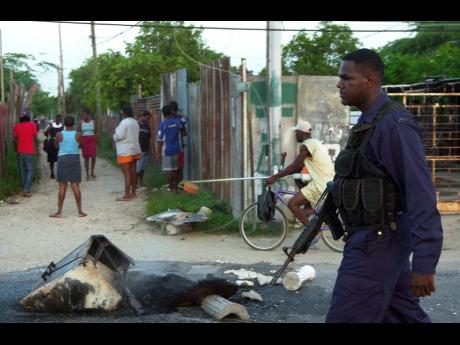 Blocking roads has become so prevalent in Jamaica it can almost be considered the country's unofficial favourite pastime. The head of the police traffic division said the practice has got out of hand and more offenders are being prosecuted.

"A number of persons have been taken to court. I can't say how many of them have been convicted but it's something we are taking very seriously," said Superintendent Radcliffe Lewis.

Several roads leading to Tivoli Gardens were blocked with debris as word spread that Attorney General Dorothy Lightbourne had signed documents for the community's enforcer, Christopher 'Dudus' Coke, to be extradited to the United States.

Coke is wanted in that country for drug and arms trafficking. Lewis did not know if anyone was arrested for setting up the obstacles.

Persons who block roads can be charged with breaching the Solid Waste Management Act or the Town and Country Act. If the offence includes burning, they can also be charged with Malicious Destruction of Property.

If convicted, offenders face a maximum fine of $25,000 and up to one year in prison.

Lewis said residents in impoverished areas throughout Kingston and St Andrew are most guilty of blocking roads, though the trend is catching on rapidly in rural areas. The reasons for setting up barricades are usually to protest alleged police abuse, domestic problems or to draw attention to substandard amenities.

The regularity of roadblocks, Lewis pointed out, is not only illegal but poses an unnecessary burden on his department.

"First, you have to clear roads, and there has got to be security around when this is being done. Then another team has to stay in the area until calm is restored," Lewis explained. "This really puts a strain on our resources."

"If the police need help, we go in and clear the roads under their watch. A lot of times it depends on the magnitude (of the roadblocks)," said Joan Gordon-Webley, executive director of the NSWMA.