A love affair with Jamaica and the Caribbean 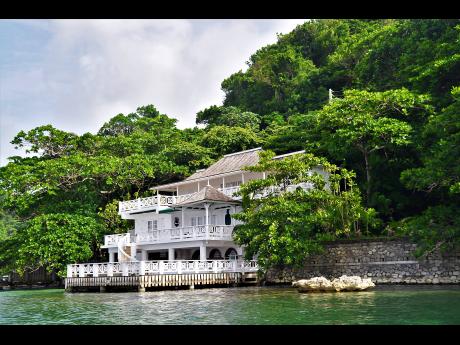 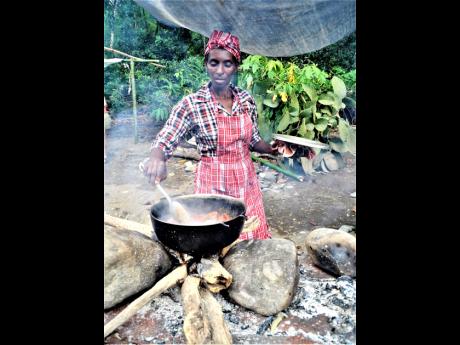 Dave Rodney
Belinda, a cook on the banks of the Rio Grande in Portland. She has been cooking in a Dutch pot on wood fire for almost 20 years.
1
2

I was born with a passion for travel and exploration. When I was eleven, I journeyed by two trains from Savanna-la-Mar to Buff Bay and Port Antonio to spend summer holidays with my grandfather on the other side of the island. It was a two-day trip. There were, of course, no trains in Sav and no minibuses at that time either, so I travelled by car to Montpelier in St James to catch the 7:30 a.m. diesel (a faster train). After overnighting at my uncle in Spanish Town on the then residential Brunswick Avenue, with mango trees everywhere, I continued on to Buff Bay the following day.

I remember the train ride to Spanish Town being interesting, with lots of vendors going from car to car selling pop corn, fruit, peanuts, shrimp, red and white peppermint candy, and green Lannaman's icy mint. A young preacher man on board made the rounds, too, and he reminded passengers that the wages of sin was death as he extracted cold cash from those who were eager to get to Heaven.

I didn't pay the preacher, but on day two of the trip, I found myself unexpectedly sitting in Heaven on the train ride from Spanish Town to Buff Bay. I was gazing, spellbound, from my window seat at a lush and beautiful side of Jamaica I'd never previously seen.

Unending miles of hills, valleys, rivers, ponds, pastures with horses trotting in open fields and cows grazing on grass, still fresh with morning dew. Near Bog Walk, we passed through the longest tunnel in Jamaica, over a mile long. Inside the tunnel, everything turned pitch black, and as a child, it was worse than the mother of all power cuts.

Happily, the lights eventually came back on, and with the illumination appeared a dramatic snapshot of postcard-perfect coconut trees towering to the blue skies. Nearly all of these coconut trees were wiped out less than ten years later on Jamaica's northeastern coast by a disease called lethal yellowing.

I loved Portland then, and I still love it now, and thanks to my grandfather, I learnt the names of every river from Annotto Bay to Port Antonio on that first trip.

The Buff Bay River virtually sat in his backyard, but my cousins and I were strictly forbidden from slipping away to play by the river. Grandpa knew the dangers of the river coming down without warning. He told stories of devastating floods of decades past when entire families and their houses were washed into the sea. Right there, I developed an admiration and a great respect for rivers, a love that would send me years later on river expeditions to the great waterways throughout the Caribbean and South America.

Despite a period of residence in the heart of the French Riviera, my homeland, Jamaica, has been by far the destination that I've loved the most, and selling the allure of the island with its dazzling array of accommodations, attractions, and adventure has been a lifelong mission.

My favourite stories are always the ones loaded with adventure - a bicycle tour around the island for Bicycle Rider Magazine; hot air balloon rides in St Leonards, Westmoreland; bungee jumping on Mallards Beach in Ocho Rios; and hill and gully back-road trips to lesser-known parts of the island, skirting south Trelawny and the edge of the Cockpit Country.

One of my favourite back-road trips is the pretty and peaceful ride from Papine to Buff Bay via Newcastle. Birdwatching is an exciting option in Jamaica, and I remember how popular a visit to Lisa Salmon's Bird Sanctuary in St James was. After a feeding frenzy ritual, she could get hummingbirds to dance on her outstretched finger. Her guests gazed with astonishment at the choreography, and we figured that Lisa had found a way to write this part of the script into the DNA of the rainbow-coloured creatures.

Reggae and dancehall are always huge magnets for stories; too, but not everyone understood in the late '80s that this powerful music form was about to explode internationally.

I once had a difference of opinion with a colleague on the wisdom of me taking a white Miss Atlanta to the Sunday night street dance in Rae Town. The beauty queen pleaded that she would love to come along if I would oblige. I agreed, and she later told her hometown newspapers that the Rae Town experience was by far the highlight of her trip to Jamaica.

I always smile when I see glowing reviews come in about the Calabash Book Festival. It was in my New York office years ago that discussions first began with Jamaican author Colin Channer and travel marketing specialist Noel Mignott, then deputy director of tourism for Jamaica, about starting a campaign to promote Jamaican writers so as to build a niche market targeting book lovers.

Another enduring area of interest has been the link between the healing properties of the Sulphur River and the medicinal value of the trees and plants found at the nearby Bath Botanic Gardens in St Thomas, the second oldest in the Western Hemisphere.

And while on the subject of health and restoration, one of the most astonishing encounters that I never wrote about was a midweek late-morning visit to a healing session at a church in the belly of the Rio Grande Valley in Portland in about 1990.

As the Jamaica Tourist Board regional manager, Polly Perry, and I entered the packed building, we were immediately engulfed by the hypnotic sounds of African drums, clapping, singing, and acrobatic prancing. Some of the participants appeared to be getting into a trance. A healing session was in progress, and residents from all over the parish came to sort out issues relating to health, money, sex, romance, disputes, and inheritances, issues too hot to handle during the reverence of Sunday worship.

Suddenly, someone who appeared to be a middle-aged senior executive 'modda lady" dressed in white and wearing intricately wrapped headgear burst from amid the crowds. She cleared her throat and headed straight for a sick lady about her own age, say early 50s, who was lying down on a bench. After engaging in a ritual of communicating with her ancestral spirits, the 'modda lady' started plucking old nails, rusty bolts, clusters of hair, animal teeth, and a small frog from various parts of the convulsing woman's body. The ritual lasted for several minutes.

There was robust chanting from the crowds when the presumed disabilities of the patient vanished. The sick woman shook her head, stretched, and got up from the bench. She started to first hop, then walk, and finally, she exploded in a triumphant dance. Was this all an illusion? I don't know. We weren't close enough to the action to verify the integrity of each extraction. What we did establish later is that sessions like these happened, and probably still do happen, all the time in deep-rural communities, and 'healing, wellness and restorative services' are always available to those who know where to find them.

- These recollections are a part of Dave Rodney's travels over the years across Jamaica and the Caribbean, which have been rewarding, unforgettable, and nostalgic for him. diademata@aol.com