For the love of Jamaica and the Caribbean 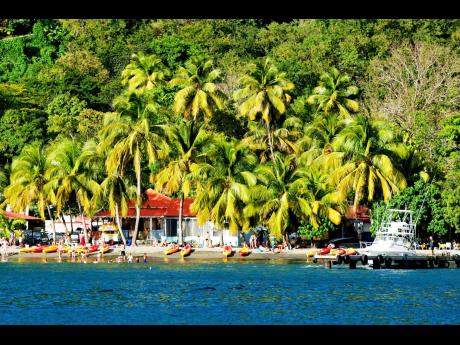 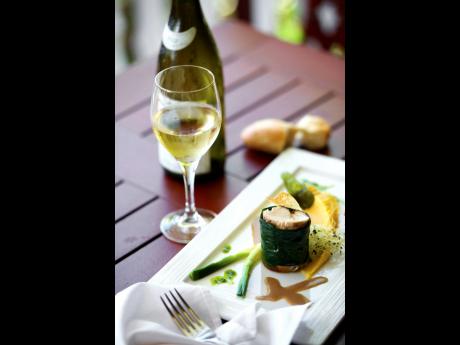 This feature is Part 2 of Love Affair with Jamaica and The Caribbean published on August 26.

The thrills of travel are not limited to Jamaica, and there are over thirty destinations in the Caribbean, all with their charm and allure to varying degrees.

One of my favourite destinations is Guadeloupe, this French island is simply drop-dead gorgeous. Throw in the mix lots of warm welcomes, friendly people with a vibrant culture, impeccable roadways for motoring, and mouthwatering food - an exotic blend of classic French cuisine creolised with the island spices of the Caribbean - and you're in wonderland.

My favourite place to stay there is a mid-size beach hotel called Auberge de la Vieille Tour on a side of the island called Gosier.

I love exploring the island by car, stopping by local restaurants out in the rural areas to sample their freshly caught seafood

and an array of mesmerising beverage blends.

The nature island of Dominica is a favourite, too, with an abundance of hot springs, waterfalls, mountains, and national parks. I greatly admire the importance that Dominica places on her culture, and their annual World Creole Day celebration in late October followed by the World Creole Music Festival are exciting events that are not to be missed.

While Dominicans are crazy about reggae music, the authorities appear to be less enthusiastic about the ganja-smoking culture that often accompanies live reggae at concerts.

Nassau, Bahamas, is a cozy, stress-free fun escape where one can enjoy the comforts of an all-inclusive vacation but still jump on a bus into town to sample a conch dish and to shop, party, or worship. I always feel very at home at the Breezes Bahamas on Cable Beach.

Antigua and Barbuda is a vibrant getaway, too, and it feels so much like Jamaica, especially if one is seeking high-energy parties, a carnival, a spirited lime, or just a jolly good time. Some of the best reggae parties I've seen anywhere were in Antigua.

On a trip there for Antigua Fashion Week, the then reigning America's Next Top Model told our driver at 3 a.m. to leave us at the downtown reggae club as we would find our way back to the hotel, located on the opposite side of the island. We eventually got back to the resort, at 6:30 a.m., by taxi after the party ended when the sun came up. The entire Caribbean region has now fully embraced reggae, and on a Friday night some time ago, I attended two reggae concerts on different islands, same night. The first was in Tortola ,where I arrived by small plane before show time, and later, a second live performance in nearby Virgin Gorda, arriving by speed boat.

Puerto Rico was once the beautiful and bustling tourism gateway to the Caribbean, but the island took a battering last year from hurricanes causing considerable damage.

A memorable visit to Puerto Rico was in 2002 to cover the Miss Universe Pageant which was run by the Donald Trump Organization.

As is customary for Miss Universe, all the media attention is showered upon the hot picks, the top ten contenders who quickly emerge once the eighty-plus beauties arrive on the island.

The press corps always includes a number of seasoned 'misology' experts who are virtually infallible with their predictions and their leader boards. The girls to watch that year were from South Africa, Venezuela, India, and Panama. But Miss Russia was announced as the winner. She wasn't on anyone's radar, and a wave of disbelief washed the Bayamon venue. "I am completely shocked," said Miss Russia, Oxana Fedorova, 24.

I am crazy about Guyana.

All the adventure one could ever seek is wrapped up within 83,000 square miles there. The Guyana experience is not for everyone, and some of my friends would be happier left alone on a quiet beach in St Barths or Mustique.

Yet one of the most jaw-dropping attractions in the region is Kaieteur Falls, the world's highest single-drop waterfall, located in Guyana. Kaieteur is found on the Potaro River near the southern border with Brazil. Apart from contemplating the magnificent 741-foot plunge of the waterfall, one can walk along nature trails, exploring the flora of the forest, including plants that eat animals. On a lucky day, a high point is a sighting of the condor, the largest land bird in the Western Hemisphere. Getting to Kaieteur is neither easy nor cheap because it is so remotely tucked away, but if one can make it, the memories will last a lifetime.

Another vivid recollection in Guyana is a river trip from Parika, a town on the Atlantic coast to Bartica, the heartbeat of the interior, on the mighty Essequibo River.

Essequibo is the largest river between the Orinoco and the Amazon, and it is so massive in size that there are islands larger than Barbados in the river.

The scenic vistas along the way in this tropical rainforest are stunning.

One can stop at an Amerindian village to learn about the unique lifestyle of the villagers, a life with virtually no contact with the modern world. Visitors can grab a meal and a beer at Bartica, a spellbinding tripod town where three great rivers meet, all coming from different directions - the Essequibo, the Mazaruni, and the Cuyuni. Water everywhere!

RIVER ADVENTURE BY NIGHT ... AND OUT OF GAS

I was having so much fun on the river that I decided to continue the ride towards Venezuela. But after an hour, I turned back due to unfriendly rapids on the Cuyuni River that periodically tossed the speed boat in gravity-defying angles as my heart skipped a few one-drop reggae beats. On the return trip to town, we were welcomed back to civilization by playful packs of small monkeys throwing fruits at our boat from treetops. It's a game, so we threw the non-edible fruits back at them.

And some good advice for readers who may explore the rivers the adventures are always safer by day than by night as floating logs can sometimes be found on the rivers that can create dangerous hurdles for speed boats. But if you must travel by night, make sure that your boatman has good lights. Equally important is to have enough gas to get you to your destination.

There are no "Google for gas" apps in the Guyanese jungle. I found out the hard way by running out of gas on the river after midnight. I was making a late-night trip from Linden to spend a few days at a bauxite and logging community called Kwakwani.

We got lucky as our boatman pulled up by a village, where he eventually found gasolene. But while he searched, I had to endure a nightmarish wait in the boat thinking about the collection of hungry anacondas that must slither in or around the Berbice River after dark.

All part of the fun, the magic and the rewarding adventure of exploring the Caribbean.