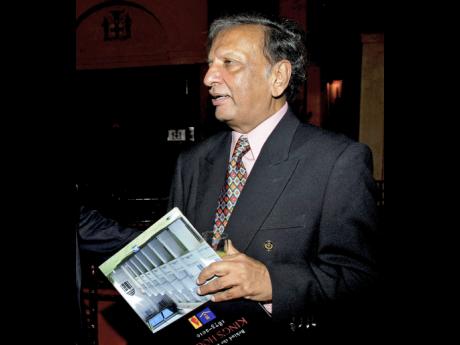 Blue Power Group Limited, a lumber trader and soap maker, is hoping to increase distribution of its soap lines through online channels, if a deal to have its products added to a foreign web portal holds.

Blue Power has been in discussion, through its US-based distributor, Iberia Foods, to have its products sold on Jet.com, but an impending change of ownership of that company has stalled the discussions, Chairman Dhiru Tanna told Financial Gleaner following the company's annual general meeting on Wednesday.

"We are speaking to them. But it's all in a state of transition," Tanna said.

Jet.com Inc is being acquired by Wal-Mart Stores Inc for more than US$3 billion.

Blue Power's move online could open up several overseas markets for the company, which is currently executing an expansion plan to grow production and exports.

"It's cheaper than Amazon," Tanna said, explaining the decision to go with Jet.com.

It's the company's first attempt to carve out market space in the e-commerce sphere. "I'm not sure it will work out, but we are trying," Tanna said.

The company is also hoping to make a bigger play for the hotel market, which it has had several challenges entering to date, Tanna said.

Staff has also been increased, bringing the number from 50 to 65, amid the recent boost to manufacturing capacity.

"It will likely increase too in the coming months, because we are now adding a shift at the soap division," Tanna said.

"What we are doing is taking on people, who are not necessarily full-time, for training so when the second machine gets started they will be ready," he said.

Before, the company only operated a 40-hour work week.

The expansion drive will see the reorganisation of production facilities at Blue Power's Victoria Avenue location in Kingston, as well as the addition of an extra line for bathing soaps.

"What we have done this year is change the wrappers to make them more colourful and more noticeable on the shelves. Up to now, where we've sold our products is in the wholesales down-town and if you look on the supermarket shelves, to get our products in like everybody else's, we changed the packaging," the chairman said.

A new laundry soap was added to the line but its distribution has been kept to a narrow channel to test market reception - a pilot ongoing now for two months, according to Blue Power's managing director, Major Noel Dawes.

"It is only available in the hardware store," he said. "Depending on the feedback we get, we will make the necessary adjustments and then we roll out."