Dominica’s DCPS vows to fight on over Caricom soap 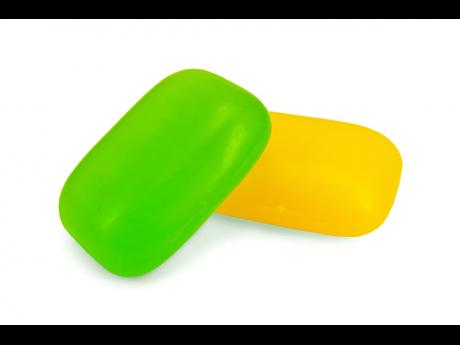 Another round in the dispute over the manufacture and export of soaps within the 15-member Caricom bloc looks set to be played out in court.

Dominica Coconut Products Successors Limited, DCPS, has confirmed that it is contemplating legal action to press its claim that the duty-free importation into Jamaica of noodles or chips from which soaps are made is illegal.

A response from DCPS’s Jamaican attorneys Hylton Powell this week was non-committal on whether such action would be pursued in the commercial division of the Jamaican Supreme Court or Caribbean Court of Justice, CCJ, the regional trade court. However, correspondence seen by the Financial Gleaner confirms that DCPS had from earlier this year raised with local soap manufacturers the possibility of recourse to both the Jamaican and regional disputes settlement court based in Trinidad.

“While logic has prevailed on the certificate of origin issue, the (Jamaican) companies continue to import chips duty-free for local production. DCPS contends this is illegal and is in the process of legally challenging the continued importation of soap chips duty-free from outside the region,” DCPS director Yvor Nassief said in a written response to the Financial Gleaner this week.

“All DCPS is asking for is a level playing field. The only fair and just remedy is (that) they pay duty on the extra-regional chips. To avoid this, they can buy chips from DCPS, or better yet, invest in saponification equipment,” Nassief noted, referring to the process of making soap noodles or chips from fat and caustic soda.

The decision stems from a challenge by Dominica’s government acting for DCPS, which contends that Jamaican soaps made from noodles imported from Indonesia do not quality as being of Caricom origin and therefore should not be sold duty-free in other Caricom markets.

Trade administrator and Trade Board CEO Douglas Webster told the Financial Gleaner this week that no policy change on the granting of the certificates has yet reached his agency.

“It has not reached to me officially for implementation,” Webster said in response to the Financial Gleaner’s query on whether the Trade Board has ceased issuing the certificates to conform with the November 27 vote of the Caricom’s Council on Trade and Economic Development, COTED.

“It is at the stage where you would need to discuss the matter with the Ministry of Industry, Investment & Commerce,” Webster added when pressed for details. He advised that industry minister Audley Shaw or permanent secretary Dermon Spence could provide further information. Neither has responded to requests for comment.

Jamaica Customs Agency, meanwhile, is said to be familiarising itself with the COTED ruling.

“The Customs Agency has asked for time to consider our pre-action correspondence and take legal advice. We are prepared to file a claim if the matter is not resolved, but we are giving the agency a reasonable opportunity to respond,” said Sundiata Gibbs of the Hylton Powell law firm that represents DCPS.

“The issue right now relates to the imposition of the appropriate tariff on extra-regional imports. We are still discussing with our client the best way to proceed,” he said.

Joseph Cox, Caricom’s Assistant Secretary General Trade and Economic Integration, says the soap matter has not been concluded with the COTED vote, but that discussions continue and is “awaiting resolution”.

Nassief has taken issue with a previous Financial Gleaner story on the soap trade war, calling it one-sided. He maintains that the characterisation that DCPS is seeking to force Jamaican companies into buying its chips “is incorrect and misses the point”.

“All DCPS seeks is that the Jamaican companies play by the same rules and on a level playing field,” said the lead investor in the Dominican company.

At the heart of DCPS’s beef is its criticism of the soap-making process in Jamaica, which it argues runs counter to the Caricom trade rules enshrined in the Revised Treaty of Chaguaramas, RTC, the original agreement establishing Caricom.

“Soap manufacturing requires a chemical transformation from the raw material to the finished product. The tariff code of the finished product cannot be the same tariff code as the raw material. The Jamaican companies import soap in chip form and skip the saponification process, which is where the skilled jobs, value added and craftsmanship in soap making reside. The rules of origin require saponification,” he said.

In response to complaints from the Jamaican companies that DCPS’s raw material is not price competitive with inputs sourced from Indonesia, Nassief maintains that if Jamaica adhered to the rules and levied the appropriate duty, chips from DCPS would be competitive with Asian imports.

“Even if DCPS were not competitive, that is not a reason for Jamaican companies to not pay duty or be issued Certificates of Origin. Implicit in the RTC is that no territory in this region – Jamaica included – can successfully compete against larger economies given their scale and lower labour costs and hence the need for the protection as provided by the RTC,” he said.

Nassief also described as misguided the argument of Jamaican manufacturers that it is unfair to abruptly end a customs classification that has existed for 19 years, and on which basis they would have made significant investments for production and regional exports.

DCPS is also dismissing a claim by Jamaican company Kirk-FP Limited of the Cari-Med Group that a batch of the soap noodles bought from the Dominican factory did not meet the quality specifications of the Jamaican producer and had to be dumped.

“This is a surprising statement. The one company that did purchase chips from DCPS never officially complained about their quality. The issue concerned moisture loss during shipment which is an easy matter to address. If they can provide a dump certificate for the chips, DCPS will reimburse them,” Nassief said.

Kirk-FP Limited in early December followed up on a request previously made through the government via Caricom in October, for DCPS to supply new soap noodle samples. The Dominican producer said in a December 10 reply to Kirk-FP that because of a usual Christmas maintenance shutdown from December 18 to January 15 of next year, it would not be able to schedule production and shipping of the samples until the end of January 2021.