BOJ warns against the LUMI again 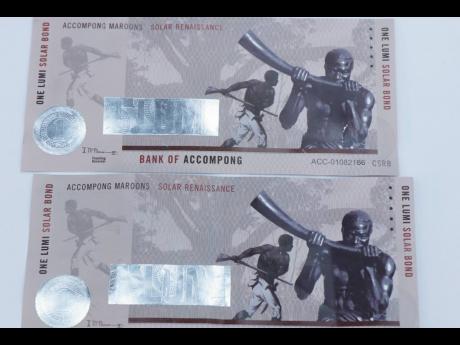 The Bank of Jamaica, BOJ, has again raised concerns about the LUMI, a largely concept currency issued by the African Kingdom that circulates in both physical and digital format.

“Specifically, the ‘AKL LUMI’, which is purported to be currency and it is understood may be in issue within the island of Jamaica, is not authorised as currency of the island under the Bank of Jamaica Act and is not legal tender within Jamaica,” said the BOJ in a press release.

Any central bank digital currency issued in Jamaica can only legally be done by the BOJ. “The public should therefore be guided accordingly,” the central bank said.

The rise of alternative currencies, particularly digital tokens or cryptocurrencies, continues to channel money outside of the formal economy into digital and informal spaces. Virtual money allows for the quick transfer of funds across the globe without formal intermediaries such as banks or remittance companies, both of which, in Jamaica’s context, are regulated by the BOJ.

The AKL LUMI refutes its categorisation as a cryptocurrency. It claims to be a currency issued by the Africa Diaspora Central Bank and backed by solar energy and gold.

“The LUMI is underwritten by 100 kilowatts of solar energy and convertible to four grains of gold. Four grains of gold in weight equals 0.2592 grams. The current value for 1 LUMI is US$15.96,” stated the website eco-6.com.

Last month, the newly elected Accompong chief in Jamaica, Richard Currie, reportedly distanced himself and the Maroons he leads in St Elizabeth from the LUMI and entities backing its issuance. Currie indicated that such activities occurred under a previous Maroon administration with an official acting in his personal capacity, rather than representing the legal will of the community.

The LUMI was developed by Timothy E. McPherson, who is based in Jamaica. He developed the framework for the coin in 2014 with an apparent initial issue of the LUMI in 2020, according to the eco-6 website.