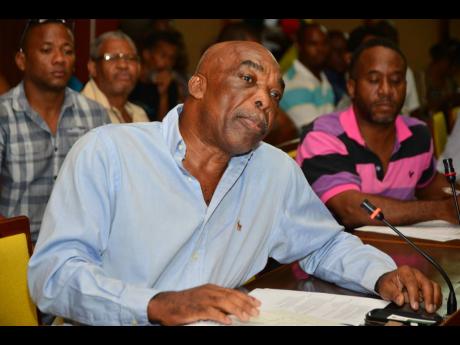 Marigold Jamaica, which operates a herb house in Kingston, has bought out its Canadian partner Aphria for an undisclosed sum, market filings show. “We parted ways with Aphria,” Lloyd Tomlinson, principal owner of Marigold, confirmed in an interview...

Marigold Jamaica, which operates a herb house in Kingston, has bought out its Canadian partner Aphria for an undisclosed sum, market filings show.

“We parted ways with Aphria,” Lloyd Tomlinson, principal owner of Marigold, confirmed in an interview but declined to comment on the financial details.

The deal occurred “six weeks ago” but was in the works for a year since the pandemic, and sees the return of Marigold to family ownership.

“An arrangement was made and it was very amicable,” said Tomlinson.

Aphria has suffered losses under the pandemic, recording a CDN$64 million impairment across the group, mainly related to its overseas ventures in Latin America. Some CDN$19.2 million related to the local operations at Marigold Projects Jamaica Limited, the company stated in its financial report.

Up to February 28, Aphria held 49 per cent of the issued and outstanding shares of Marigold Projects Jamaica Limited through wholly owned subsidiary Marigold Acquisitions Inc. Aphria third-quarter ending February 2021 financials released last Tuesday show no details of the transaction but signalled the elimination of revenues and assets related to Marigold since the start of its 2021 financial year.

In August 2020, Marigold moved its operations from Trafalgar Road at the Pulse Centre to Haining Road in New Kingston, where it set up a larger herb house for medical marijuana, the addition of a bar and lounge and increased parking. The investment in a nightlife-centred location came amid a wave of lockdowns and curfews as part of measures to stem the spread of COVID-19, but Tomlinson says patronage is expected to increase, once the curfews are lifted.

Various Canadian companies invested in Jamaican cannabis operations over the past few years on the expectation that legislation to legalise marijuana in various markets would catch up, and that trade in the herb between the two countries and Latin America would eventually lead to a windfall for early movers in the market.

The coronavirus has created new uncertainty about when such investments will pay off, and Marigold is just the latest deal to unravel. Also during the pandemic, Green Organic Dutchman, or TGOD, disclosed last year that it sold its 49 per cent stake in Epican.

“The Canadians lost interest in the local market, because it’s no longer big enough for them,” said Tomlinson. “They lost their appetite and moved on. It’s not only in Jamaica; they have also pulled out of Latin American countries as well,” he said.

Tomlinson explained that the Canadians wanted to supply the more developed consumption markets with marijuana, and needed source markets like Jamaica to provide the product. They secured business relationships with local growers in early anticipation of exports to places like the United States.

“But the international regulations have not moved fast enough, so you cannot move product across the borders,” he said.

Many international jurisdictions still deem marijuana as an illegal and dangerous drug, including US federal law – the implication of which is cross-border trade remains restricted and international banking impermissible.

“The Jamaican regulators have done their best, but we are affected by the international market,” said Tomlinson, but his outlook on the market was optimistic, saying the prospects for US legalisation looks “better every day”.

He is giving it a year or two for things to develop in the United States. At that time, Tomlinson expects local licensees to form new partnerships or re-establish Canadian collaborations.