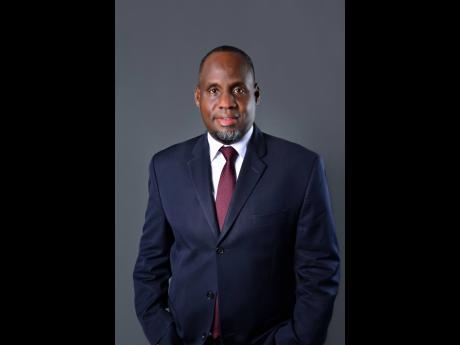 Gordon Baldie’s plan to build out a car parts remanufacturing and recycling operation in western Jamaica at a cost of just over US$18 million, or about $2.7 billion, won him the Jamaica Stock Exchange pitch competition in 2018. Since then, the...

Gordon Baldie’s plan to build out a car parts remanufacturing and recycling operation in western Jamaica at a cost of just over US$18 million, or about $2.7 billion, won him the Jamaica Stock Exchange pitch competition in 2018.

Since then, the equity partnership and funding he has been seeking has eluded him, and he has not been in a position to put up the collateral backing for debt financing, even concessionary loans set aside for micro, small and medium enterprise financing facilitated by state lenders like the Development Bank of Jamaica and EXIM Bank.

Still, Baldie, 51, is still looking for equity financing for the business, even as he is now said to be recasting his budget and tweaking strategies in the wake of the impact of the COVID-19 pandemic, and was not able to share final costs with the Financial Gleaner during an interview this week.

“The broad parameters remain the same, the market has been growing, the need for the products and service is large and growing, and the need to provide employment for skilled young mechanics being turned out by HEART Trust is urgent,” said the businessman, who operated a used-car dealership in Montego Bay for many years, before shuttering that business and selling off its assets to focus on the parts remanufacturing start-up.

The CEO of Inter-Caribbean Automotive Parts Remanufacture & Distribution Company, ICARD, is trying to tap into a market that trade publications report is projected to grow to US$91 billion or more by 2026.

He has leased premises from Factories Corporation of Jamaica, FCJ, and refurbished the location out of pocket at a cost of more than $20 million to set up shop at Hague, on the outskirts of Falmouth in Trelawny. There, he began auto parts trading, importing from Japan and China, for wholesale trading to auto parts sellers locally, to fund what he described as preparatory work for ICARD, that has seen investments that Baldie estimates at close to $100 million, out of operations and savings.

Baldie says, since the onset of pandemic, he has been hard pressed to service the rental on the FCJ building that, before he leased and refurbished it, had been a garment factory, with the building having been closed for about 14 years. The FCJ, he says, is now threatening to repossess the premises, for which its registration as a special economic zone, including fee payment, had advanced just before the pandemic.

The operation, once up and running, would involved the recruitment of HEART/NSTA Trust-trained mechanics from Montego Bay and surrounding communities to remanufacture some auto parts for sale locally, into Caricom markets, and, he had hoped, also into North American through existing trade agreements. The products under consideration for remanufacturing by ICARD are diesel engines, turbo engines, transmissions, air-conditioning compressors, injectors and power steering parts.

To gauge the demand locally, Baldie says he held discussions with many local firms and government entities with large fleets, including the Jamaica Urban Transit Corporation, National Water Commission and the Jamaica Constabulary Force. These entities, he says, are facing a critical shortage of parts to repair their fleets, even as they also have a large stock of discarded parts that could be remanufactured.

“For too long, too many businesses have been focusing on trading. For real growth in companies, industries and the Jamaican economy, we have to tap into training and value-added manufacturing, utilising the various technologies that are available and that can be applied for greater returns and value,” he said.

The business, for which he says he travelled widely to Europe, United Kingdom, Brazil, Japan, China, Singapore, Thailand, Malaysia and elsewhere, involves recycling, remanufacturing and reusing automotive parts. Those visits over the three years since 2018, have been focused on learning cutting-edge and international best practices, while trying to land joint-venture partnerships.

One Chinese firm, JBX Recycle, specialising in recycling, is now said to be in talks with ICARD on the recycling aspect of the business. The recycling of old motor vehicle tyres to produce virgin rubber, Baldie says, is a potentially lucrative area.

“Some large Jamaican companies that have shown interest said that they will come in on the second round of investment as their rules prohibit them from investing in start-ups,” he said of the stumbling blocks he has encountered.

“Corporations overseas have been wary of investing in foreign jurisdictions. Additionally, I have been unable to put together the money needed to take up some partnership offers that have come my way,” Baldie said.

The foreign visits have unearthed companies in China, Europe and the United States already involved in parts remanufacturing, but which, so far, are only prepared to provide training and expertise as their investment for a small percentage of the business, he said.