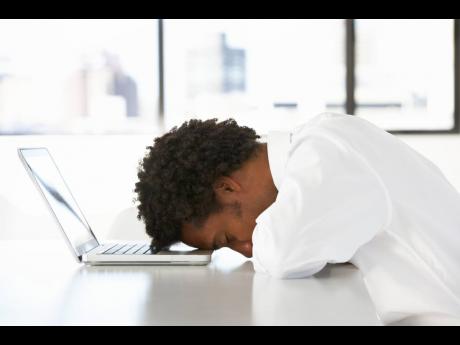 A panel of digital experts brought together by the PSOJ Economic Policy Committee is pushing for a reduction in the general consumption tax, GCT, for transactions done electronically, saying it would provide an incentive for consumer migration to digital services.

The next chess move would involve making electronic payment of wages and salaries mandatory, government and the private sector working together to create more competition in the electronic payments market, after which discounts and promotions can be created around the use of credit/debit cards for day-to-day transactions by consumers.

The panel discussions at the Private Sector Organisation of Jamaica webinar ‘Meeting The Demand For Digital Connectivity’ – which included international ICT consultant Dr Javier Preciozzi; Senior State Modernisation Specialist at the Inter-American Development Bank Francesco De Simone; and Mastercard Vice-President of Public Policy for Latin America & Caribbean, Felipe Rincón – suggested that the embrace of digital services could lower Jamaica’s shadow economy by 9.28 per cent; push corruption down by 6.82 per cent; and result in a 3.25 per cent increase in government revenue, and a 3.61 per cent increase in human development.

More digital services could also see transactions being conducted 74 per cent faster, which would mean millions in savings to consumers, businesses and the public sector, according to information on the benefits of digitalisation emanating from the forum.

Options being put forward to the government include limiting payments in cash, along with obligations for government transactions to be done electronically, only, including payroll, social security, payments for government services, and payment of benefits.

It’s a tall order and would require investment and monitoring by the government and its agencies. But Mastercard’s Rincón notes that, like Uruguay, Jamaica would reap the benefits in the long term.

Uruguay, which approved its Financial Inclusion Law in 2014, reportedly grew its digital footprint through adjustments to tax regulations, including reducing the value-added tax, or VAT, for the sale of goods and services supplied to final consumers whenever the payment is made by debit card or electronic money instruments.

“If Jamaica invests in the reduction in value-added taxation that incentives electronic payment, you are going to be better to enforce tax collections, increasing you tax base; and if more people are paying, then you can look at a tax break to make the economy more competitive,” said Rincón.

“It’s pure behavioural economics. In the short term, it would cost the government some money, but in the long run, you are going to be collecting a lot more,” he said.

The outbreak of COVID-19 has accelerated the pace at which countries, including Jamaica, are adopting to digital services. Pre-COVID, digital penetration was at 10 per cent in Latin America and the Caribbean. It jumped to 39 per cent last year.

In Jamaica, the Government has rolled out online payment systems at its agencies to address some of the issues. And the The central bank also introduced the BOJ Fintech Regulatory Sandbox, a programme aimed at promoting tech innovations in the financial market, all while protecting consumers and mitigating risks associated with digital financial services.

The Bank of Jamaica will also be piloting a central bank digital currency, this year, which targets the unbanked, as part of its financial inclusion programme.

The IDB’s De Simone highlights ‘trust’ in digital services as one of biggest hurdles to consumer acceptance in Jamaica and the wider Caribbean.

“Our research shows that there is a positive correlation between generalised trust and digital development. So, the more trust in the society, the more likely you are to use digital services. We found the same correlation with e-government development,” he added.

Studies have shown that individuals who were less concerned with trust issues, were 3.5 percentage points more likely to have conducted an e-commerce transaction.

“This may not appear to be a large gap, but this is the difference after controlling for age, gender, education level, having a computer at home, having a smartphone ...,” said de Simone.

“The effect of trust on the uptake of e-commerce is 61 per cent greater than the effect of education level, and nearly four times the effect income level. It means that level of trust is a bigger driver of your adoption to digital services than your income and how educated you are; so it may be the single most important factor in driving the adoption of digital services,” he said.