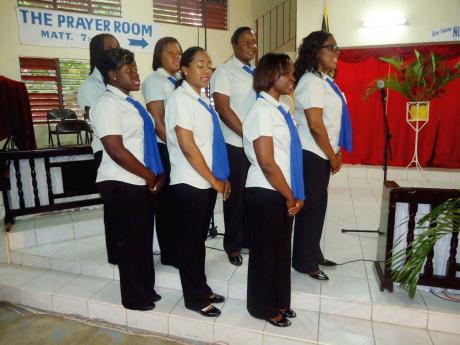 Jolyn Bryan
A section of the NHT Chorale in performance at the Seaforth Methodist Church, St Thomas, last Sunday. 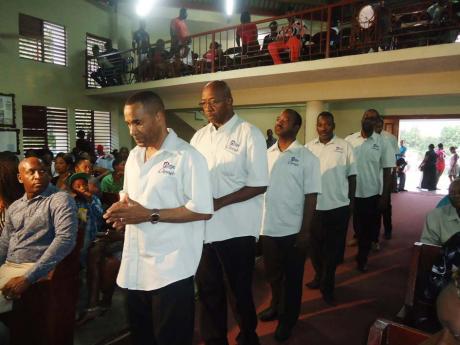 Jolyn Bryan
Members of the NHT Chorale in the aisle of the Seaforth Methodist Church during St Thomas Sings last Sunday. 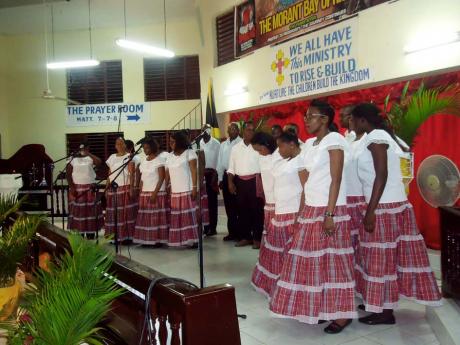 Jolyn Bryan
The NHT Chorale in traditional dress during the final stages of their performance at the Seaforth Methodist Church, St Thomas, last Sunday. 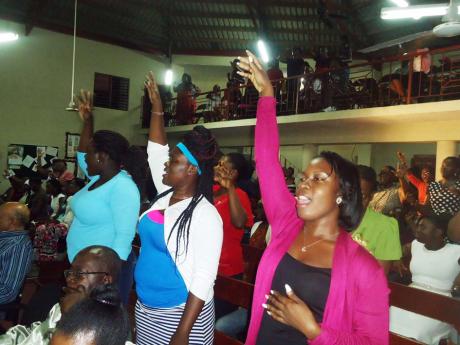 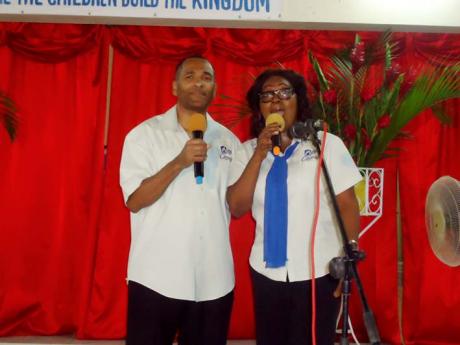 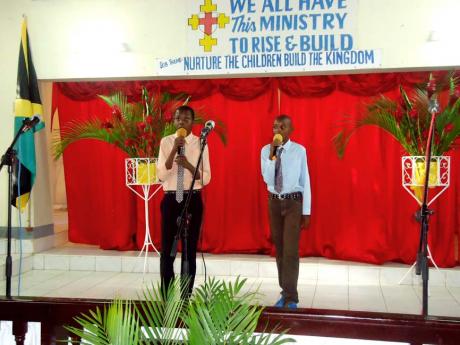 The St Thomas Parish Council successfully staged the latest concert in its series of events to mark the 150th anniversary of the Morant Bay Uprising. Dubbed St Thomas Sings, it was held at the Seaforth Methodist Church last Sunday.

There were performances by the award winning National Housing Trust Chorale, gospel performer Carey Sayles, Demarco Bryan and Davian Burke and the Centurion Band. The audience praised the cultural selections of the chorale and responded enthusiastically to the energising praise and worship set by Sayles.

"It was a very enjoyable event and a perfect Father's Day gift," said Owen Dunn, who attended the concert. "It was good music and very entertaining, and professionally done."

The concert series is one of several activities being organised by the 150th anniversary committee, with a number of other events planned across the parish to commemorate the

sacrifice of Paul Bogle and the martyrs in the uprising of 1865. The committee has taken the theme '150 Years After; Protest to Prosperity - The Journey Continues', and counts members from government agencies and community organisations among its ranks.

member of the 150th anniversary committee, explained the direction which was taken for the commemorative events. "We deliberately planned events that were wholesome and family-

oriented. We wanted it to be culturally based and to reflect the history and the spirit of St Thomas and also to be a fitting tribute to Paul Bogle and the martyrs," Peart-Roberts said. "We have already had a church service at the Yallahs Baptist Church, and the Jamaica Defence Force and Jamaica Constabulary Force bands have already held separate concerts at the Rudolph Elder Park earlier this year."

She said the committee was working to get other musical and cultural talents into the parish for other events. "We are in dialogue with a steel band as well as the University Singers. There is also a Kumina workshop that will be held at the end of July and we have many other events that are coming together," Peart-Roberts said.

Secretary-manager of the St Thomas Parish Council Errol Green was quick to point out that local talent will also be on display during the series of events planned for the rest of the year. There is a gospel concert planned for the Bath Botanical Gardens. A black tie dinner, in honour of 150 notable sons and daughters of St Thomas, is also in the works.

The St Thomas Parish Council has also been lauded for its efforts to renovate and clean up notable sites across the parish. Representatives from the Seaforth Methodist Church awarded the parish council with a plaque of appreciation for renovation that had been done at the church in anticipation of last week's concert.