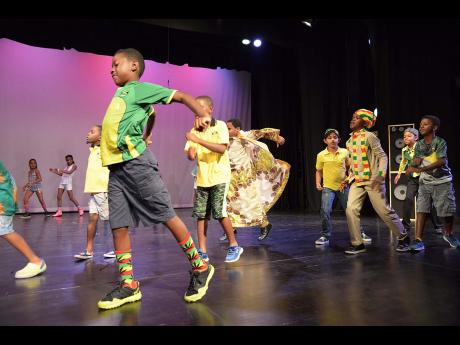 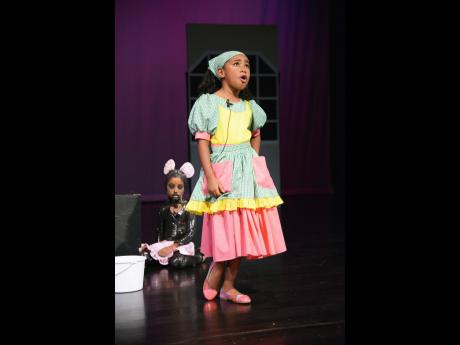 An African prince is in search of a princess and decides to go to Jamaica. On his arrival in the island, he finds more than a princess. From the talkative Rastafarian who meets him at the airport to mingling with patrons at a dance session called Up Town Mondays, he also meets Jamaica.

But Alice Hogarth's adaptation of the famous 18th-century fairy tale, Cinderella: An Adaptation, is not only about a prince's baptism in Jamaica's culture. It's about fulfilling a dream, the overriding theme of the story. And this is reinforced through the main character, Cinderella (Nyle Hylton), who is encouraged to continue dreaming by a flock of birds and a mouse called Squeaky (Gabriella Garcia).

So it was on Sunday at the Philip Sherlock Creative Arts Centre, University of the West Indies, Mona, where yet another adaptation of Cinderella came to life, in a Jamaican context. But whereas costumes and video mapping complemented the theme, it was not quite so for director Jerry Benzwick, who seemed to have found it challenging to move his young cast creatively on the stage. However, his full use of stage levels was effective.

The young cast of four to 14-year-olds, from various schools, were, however, entertaining. They stumbled over their lines and seemed to reblock some movements, while warming the hearts of relatives and friends. Bronte Banton (narrator and Miss Chatbout), Chanse Tate (Bobo) were exceptional. When most of their fellow performers struggled with remembering their lines, they did not. They were clearer in saying their lines, and entertaining in the attitude given to their respective role. Hylton was also endearing, especially in the ball scenes where Cinderella was adorned in a wonderfully designed dress.

Costumes were the strongest aspect of the production. They were colourful and spectacular. Each design was a reflection of the character's role and personality, from the expensive-looking footwear worn by the girls to the clothes of the African king.

The use of video mapping instead of a physical set added to the spectacle. However, when the lights came up, the spectacle faded and the stage seemed bare.

Nonetheless, Cinderella: An Adaptation was another entertaining production, and when the curtain came down, producer Hogarth used the opportunity to inform the audience that "drama is about discipline. It builds self-esteem and confidence".