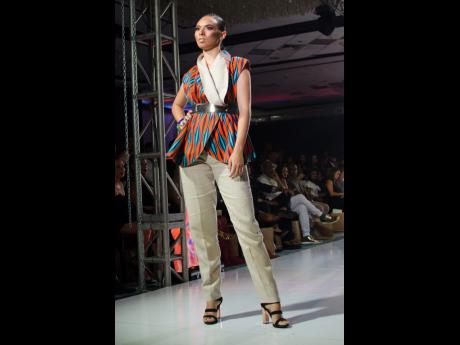 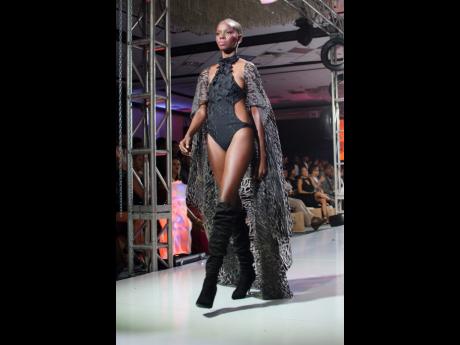 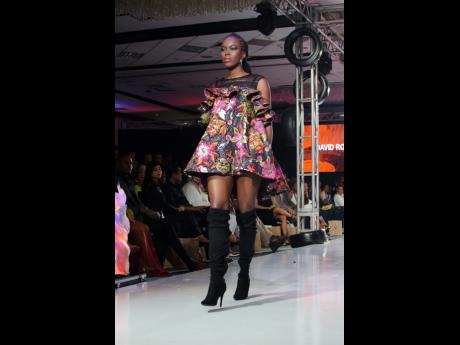 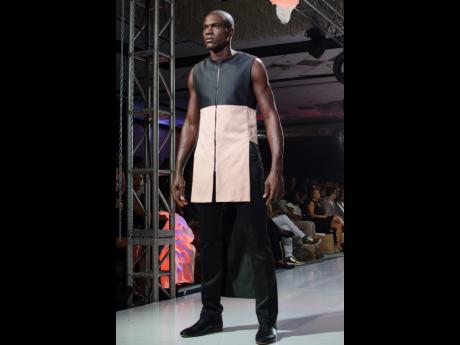 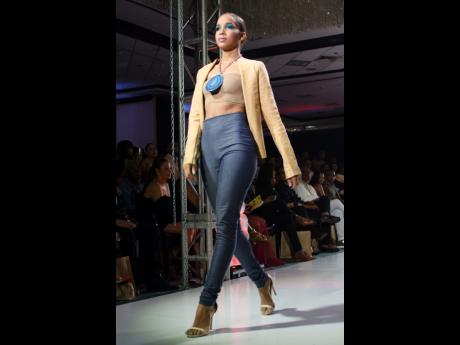 High-end fashion and Jamaican entertainment converged and burnt down the runway of The Collection MoDa at The Jamaica Pegasus hotel on November 9. It was a

star-studded event, with the likes of Yendi Phillipps, Kaci Fennell-Shirley and a shirtless Asafa Powell making it down the runway.

Before guests filled the

re-dressed ballroom, accented with shiny black and white tyres lit with makeshift, papier-mache fires, they sipped on Bacardi, Grey Goose cocktails and wines and teased their taste buds with bite-sized dessert snacks. Instead of plates, men and women plucked squares of cakes or meringue from Chinese take-out token boxes.

Moments after 9 p.m., with snacks bellied and alcohol behind the eyes, the show

Korto Momolu's brand was the first - and the only one to hit the runway twice in one night. Her first collection followed a royal blue hue that was supported or framed with accents and hints of gold, and the second folded pinks over florals and sequins.

Fashion designer drennaLuna followed with a collection of sculpted collars, fluffed and feathered skirts and capes and off-coloured wedding gowns - a collection that continuously evoked cheers from the audience.

Courtney Washington, JohnEli, Czar Galindo, David Rolle, and DTS by Daniela Stone were the other featured designers of the evening. However, it was the final

walk-through that pulled the previously polite and supportive audience to their feet like fans at football match.

Carlton Brown opened his stage with a double-take, using twin models for a neat trick. Though primarily targeting the male demographic, the brand brought out a shirtless Asafa Powell to the runway, much to the pleasure of the females.

To kick things up a notch, Brown utilised Agent Sasco as a model and a performer simultaneously. The singer strutted his stuff while offering a verse and chorus from his song Winning.