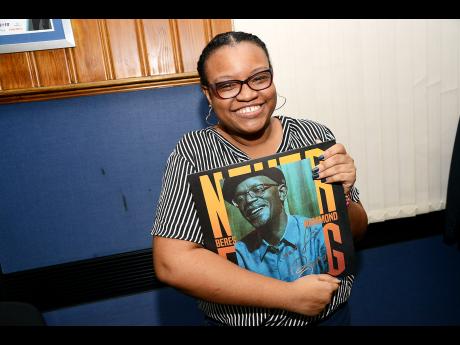 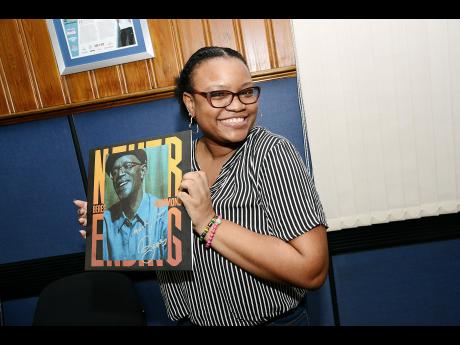 Last Saturday, Kimberly Hyatt celebrated her 27th birthday and it was extra special as the day before she had won a vinyl record of Beres Hammond's new album - Never Ending. Clutching the record to her chest, she smiled from ear to ear as she recounted how she was browsing through The Gleaner when she came upon the opportunity to get her hands on the collectors' item.

"I was looking in The Gleaner to see what tickets were out for this weekend, and I saw the Beres Hammond vinyl prize. It said to call between 12 and 1(p.m.) I saw that it was 12:19 and I figured, why not try? ... So I called," she said, although she was worried that it was too late.

She correctly answered the question: "Which three singers does Beres Hammond list as his musical inspirations?'

Stating that she had been a fan of the veteran crooner for over 14 years, Hyatt told The Gleaner that she had been hoping to travel overseas for her special day, but with those plans failing to materialise, she is pleased to have copped the prize, which she said was the perfect birthday gift.

"It's great because I really like Beres Hammond, so it is not somebody random for the sake of winning, so I feel really happy about it," she explained.

A lover of classical music, Hyatt said that she would be embarking on a mission of gathering vinyl records, and one from Beres Hammond would be the way to start off her collection.

"I know these days there are a lot of modern vinyl, so I will collect new ones, but I would collect anything. I just need to check if my grandmother's record player works, and if not, I would get another one because it is just the perfect start to my collection," she said.

Hyatt, who says One Step Ahead is her favourite song from the crooner, does not intend to let too much dust gather on the precious piece of musical catalogue.

"I just don't want to scratch it. I want to listen to it and soak it in," she told The Gleaner.