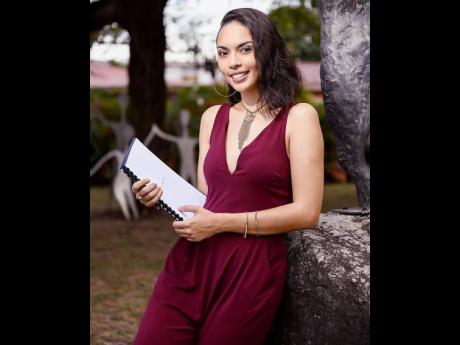 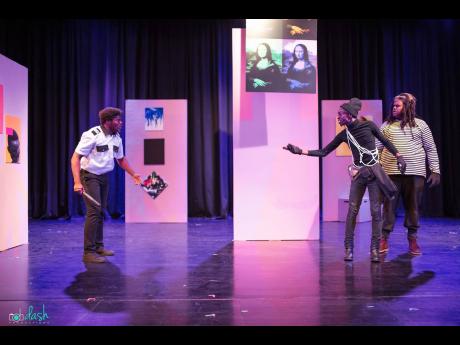 Contributed
Max and Tigs 'buck up' with a security guard in the midst of 'Heist'.
1
2

Since it is not business as usual, many entertainers have their backs against the wall. Thankfully, that is a position which forces the hand, often catalysing cleverness and creativity. Such is the case for writer, director and multimedia artist Maya Wilkinson, who has become experimental and segmented her commercial debut, the Actor Boy award-winning stage production, Heist, into a 10-episode YouTube series.

Heist’s first episode was uploaded on Friday, May 8, with a planned weekly release. The comedy’s plot centres on the antics of Max and Tigs, a pair of incompetent burglars bumbling about a museum. Using footage of the play’s original run in 2017, originally captured for archival purposes, Wilkinson has split the action into even segments, to create a ‘series feel’.

“It’s been an exciting challenge editing the play footage to make it engaging for the screen. Most of my writing has been done for stage, so I am fairly new to the realm of screenwriting,” she told The Sunday Gleaner.

Wilkinson shouldered the bulk of this project revamp, taking on all the editing responsibilities herself. “The challenge is not just the storytelling, but the actual hours and commitment it takes to complete 10 episodes. I’ve had to try my best to fix sound issues and add extra music and effects to make it screen-worthy,” she shared.

In addition to introducing her work to a much wider audience, Wilkinson is excited that she gets to try her hand at a bit of screenwriting. “In theatre, the actor carries the story. Plays are about words, while films are visual. I love words, so I’m learning how to transition my stories into less wordy forms for screen. It’s interesting.”

At its very first iteration at the Tallawah Dramatic Arts Festival 2014, Heist had a cast of three male actors, Desmond Dennis, David Crossgill and Darian Reid, and a run time of 20 minutes.

Years later, Heist has evolved once more, and likely will again. “Feedback has been that people would love to see more of everyone, especially Max and Tigs. I had been thinking about converting the play into a feature film, and I actually started working on that screenplay. But the recent world changes and quarantine experience led me to the footage and this YouTube experiment,” Wilkinson shared.

The process has moved her to begin writing episodes for a future online or TV series. “As for bringing Heist back into the theatre, I’m toying with the idea of trying a series of short plays featuring the characters,” she said.

In the meantime, the playwright is gauging reactions to her experiment. “The subscriptions are going up little by little and I’m happy to make people laugh, especially now. I’m grateful for the support from the cast and crew, the local artistic community, all the new eyes and ears, and audience members who saw the show in 2017 and are back (digitally) and excited to experience it again.”

She continued: “I freelance, and a lot of my work was related to events. So I have less work than I normally would. I’ve been making adjustments and figuring out a work strategy. But the extra free time has been positive, as I was able to take on the task of creating this YouTube channel as a way to share some light and test out new ways of sharing theatre, comedy and entertainment in general, as the world changes.”