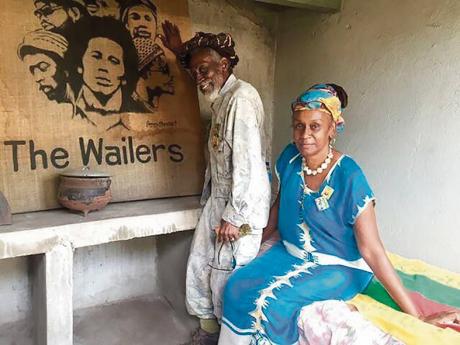 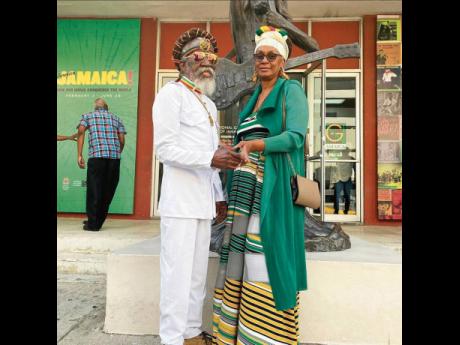 Contributed
Noting that the late Bunny Wailer (left), was her ‘protector, partner and friend’, Maxine Stowe has vowed to carry out his wishes.
1
2

Even as Bunny Wailer’s children have called for her to cease all engagements on behalf of the family, his manager, Maxine Stowe, has vowed to carry out the wishes of the late reggae icon. “I wish to repeat my intention to honour the last wishes...

Even as Bunny Wailer’s children have called for her to cease all engagements on behalf of the family, his manager, Maxine Stowe, has vowed to carry out the wishes of the late reggae icon.

“I wish to repeat my intention to honour the last wishes and testament of the Hon Neville Livingston, OM. Jah B engaged me in several business and personal matters over the years, and it is he, not I, who in his judgement did so,” Stowe, who for nearly a decade managed the co-founder of the legendary group, the Wailers, said.

Making reference to Bunny Wailer’s will, she pointed out, “Jah B left a testamentary document that speaks to his intent and what is to be, will be.”

Stowe mentioned the “expanding assault on [her] character and integrity” and stated that her legal team is in charge. “With regard to the sullying of my character and our history, work and legacy, my lawyers have written to the children through their lawyers. Rest in power, my Protector, Partner, and Friend,” the statement concluded.

Bunny Wailer’s children, in a recent statement, thanked Stowe for her service, but said that she is “unsupportive” and “a large source of additional stress”.

“We recognise that Maxine Stowe has worked as a manager for Bunny Wailer, and for that, we say thank you. Our uncle, Carl Livingston, who is co-executor along with our brother Abijah, cannot legally represent us, neither can he, on his own, authorise Maxine as the family’s representative,” the release said.

The family shared that their uncle invited Stowe to a family meeting about Bunny Wailer’s burial plans, and there was a request for all parties to stay out of the media spotlight. “The days following, Maxine, in breach of the joint agreement, did interviews on radio, television and print media. Further, she has been announcing our private funeral arrangements to the public without our consent. Consequently, as Bunny Wailer’s children, we are asking her to cease and desist from all engagements on behalf of the Livingston family.”

There was also a plea for the return of Bunny Wailer’s sacred sceptre, but Stowe did not address that in her statement.

Bunny Wailer passed away on March 2 at Andrews Memorial Hospital in St Andrew. He was 73.