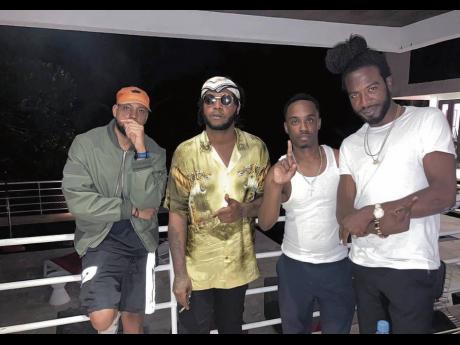 Contributed
From left: Stylist Chris, Teejay, Government Cheese and Gyptian take a break in the middle of shooting the video for ‘Uptop Wine’. 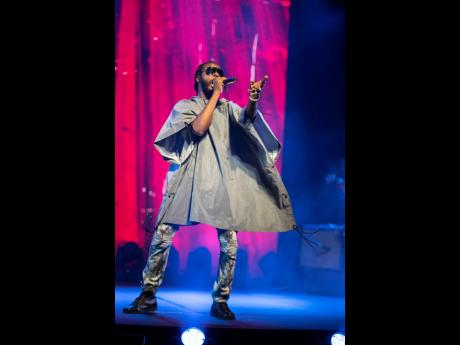 File
Gyptian has spent the past year re-evaluating and recording.
1
2

Reggae-dancehall recording artiste Gyptian has been largely out of the spotlight. The absence became critical during the pandemic, said the entertainer, whose inactivity on social media may throw some fans for a loop. The past year Gyptian has invested a majority of his time re-evaluating and recording. “I’ve actually had some great family time, checking in with old friends and, of course, going into the studio to put in the work,” he told The Gleaner.

Though his engagements may be limited, the rural St Andrew-raised artiste, whose given name is Windel Edwards, said his fans never leave his mind.

Last year, Gyptian decided to release his Gimme Some single (originally recorded in 2014) – not to be confused with his 2012 track Gyal Gimme Some – in the middle of the pandemic because he and the production team believed it was relevant to a time when people needed love.

“Timeless delivery of music, which is life in an art form, will always be measured on events and happenings,” he said. “Gyptian is an explorer [so] sounds will always come from [me] to my fans or the listening public, that when all is said and done, will blow them away.”

Like every creative, he has multiple layers. There’s the conscious reggae singer who listeners first came to know on his hit single, Serious Times. Then, there’s the ladies’ man who flexes his vocal muscles in Hold You (Hold Yuh) and catches the attention of influential rapper Nicki Minaj, who is featured on the remix. He has faith in his latest collaboration with dancehall breakout star Teejay, titled Uptop Wine, which also features a guest artiste from Uganda by the name of Bremmy FZ. The track – released on Monday, with accompanying visuals directed by Angelo Boyke – was shot in Portland. It fuses the sounds of reggae, dancehall and soca with Afrobeats, which Gyptian said has always been signature to his style and keeps his music going.

“I was doing this from the inception of my brand; anyone who listens to my signature sound will be able to identify with it. I [have] been flowing similar sounds and exploring the global music markets from the Caribbean to Africa,” he said.

“I never leave my roots, but I spring with many branches … let me leave some things for my book,” Gyptian continued, hinting at a possible autobiography in the making.

Also a work in progress is an album. Gyptian’s last album was Sex, Love and Reggae, released in 2013. “There are more songs, more features and an album which will be more than satisfying [and] show that sense of creative freedom and flexibility,” Gyptian said.