Michael Williams the proudest dad in the universe 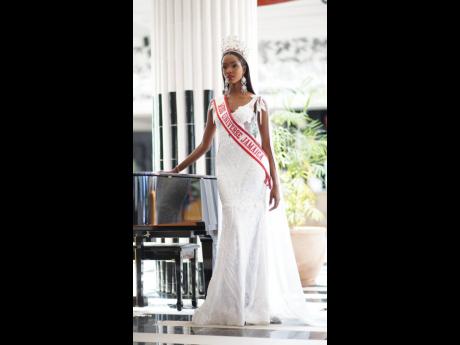 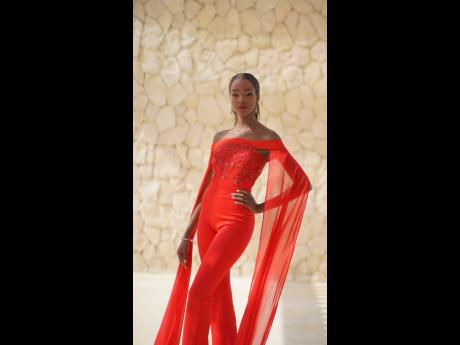 Contributed
Miqueal-Symone in a red number was added to her wardrobe for versatility.
1
2

The father of Miqueal-Symone Williams was speechless following the results of the 69th Miss Universe pageant. Speaking to The Gleaner before the end of the competition, Michael Williams said he was the proudest dad in the universe and that “she has always made me feel that way”.

“The only thing I am disappointed about right now is not being there with her,” he said.

Williams added, “We should have been the first, or the loudest voices shouting in the venue when her name is called in the different rounds … . Fireal man, we shoulda deh deh.”

The pageant, held at the Seminole Hard Rock Hotel & Casino in Hollywood, Florida, featured 74 multifaceted contestants vying for the crown.

The 24-year-old international fashion model and graduate of The University of the West Indies always aspired to represent her country in a way that would make a global impact, said her father.

She has been using her platform as a Pulse international model to do so and follows in the footsteps of Pulse beauties such as Kimberly Mais and Christine Straw, who had won the Miss Universe Jamaica titles in 1991 and 2004, respectively, and placed in top 10 at the Miss Universe.

“Fashion and beauty were two of her interests as a child growing up. She always wanted to look good,” Williams said.

He added, “Based on what she has told me in the past, I can say she always believed in herself, and she certainly knew she was beautiful.”

Both Michael and Maxine Williams were disappointed when Miqueal-Symone did not make it to the Top 5 but were proud of their girl and her progress in the competition.

“She has never disappointed, and not because she didn’t get the crown does not mean she did not deserve to win,” she said.

Miqueal-Symone’s stepmother, who she affectionately refers to as Aunty Maxine, said she was looking forward to seeing her accept the crown with the humility with which she was raised.

“When she started going to university, she would send me pictures of herself before she went to class and ask, ‘How do I look, aunty Maxine?’ If she anything less than she intended, she would not be satisfied … . I know she is going to cry,” she said. “Not that she had any ownership on the crown, but she is a winner. We’ve asked her before, what next if it is she did not win, and she gracefully said she would take it in stride.”

Earlier in the event, the outgoing Miss Universe, Zozibini Tunzi, said that she did not want her successor to be hard on herself. “Some days will be hard, but I hope she realises what an impactful platform it is she has,” Tunzi said before the announcement.

The Williams matriarch said that Miqueal-Symone understood the impact she was making the moment she entered the local pageant and “competing at the international level, only means her brand is going to be in high demand”.

“Those who were not familiar with Miqueal-Symone will now know who she is. She is a model and a role model who will continue to make us proud. She always aspired to be someone of stature in the community who would one day represent herself and our country – and she did – but only one could be named winner,” her stepmother continued.

Meza, a software engineer, beat Miss Brazil at the end of the night.

Tunzi fit the crown on Meza’s head and waited to make sure it would stay in place as Meza beamed and took her first walk to the front of the stage.

Tunzi, a public relations professional who became the first black woman from South Africa to win the contest, had held the title since December 2019. Last year’s ceremony was cancelled due to the pandemic.

With the pageant over, the Williams are eager to be celebrate with Miqueal-Symone when she returns to Jamaica.

Karl Williams pointed out that there are countries competing in Miss Universe from the inception that have never made it to the top 10 or even the top 20.

“We’ve done it so many times and gotten so close with the likes of Yendi Phillips and Kaci Fennell, and here is Miqueal-Symone representing and looking so beautiful and elegant. She is already a winner even without taking the crown. She did an amazing job. We are so proud of the hard work the team put in. She herself is a hard worker and such a respectful lady. We are happy with her performance no matter the outcome,” Karl Williams said.