Search for Bunny Wailer’s wife continues after one year 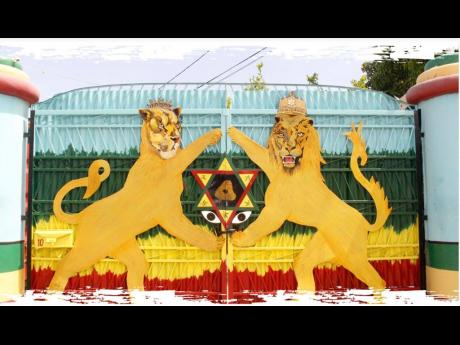 Contributed
Sara Livingston, one of Jean ‘Sis Jean’ Watt’s stepdaughters, who resided with, Bunny Wailer and Watt at the Washington Gardens home said the gate at the premises was generally kept locked at all times. 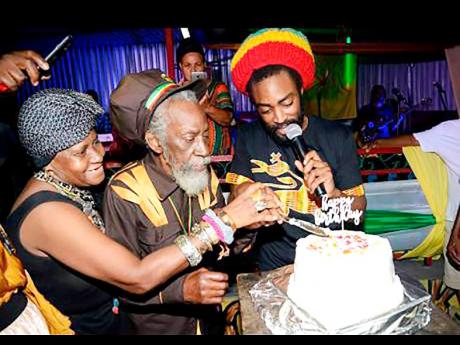 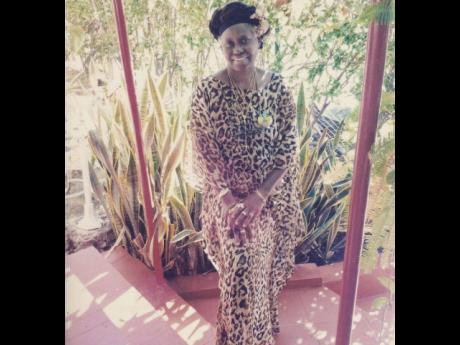 Contributed
It has been a year since Jean ‘Sis Jean’ Watt, Bunny Wailer’s wife of over 50 years, went missing from the family home in Washington Gardens, St Andrew. 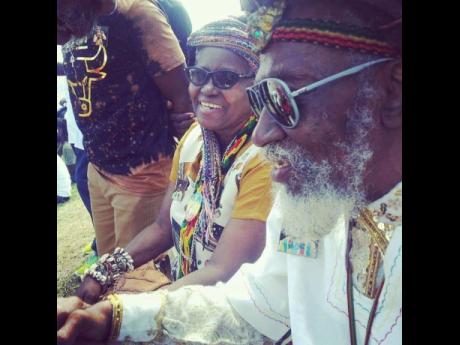 Contributed
Jean ‘Sis Jean’ Watt (left) and the late Bunny Wailer, her husband of over 50 years. Abijah Livingston, the son of Wailer, said his father ‘took the detrimental loss of his partner of over 50 years harder than anyone’. 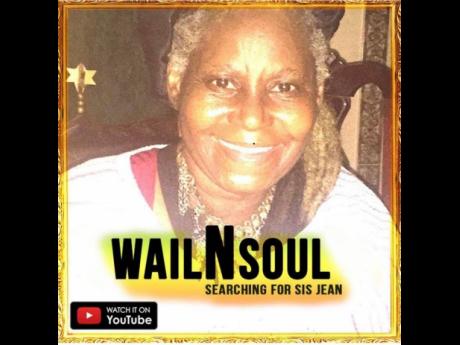 Even as the family of the late Bunny Wailer continues to make appropriate plans for his funeral, they paused on Monday to mark one year since Saturday, May 23, 2020, a day that has more questions than answers. It was on that fateful day that Jean ‘Sis Jean’ Watt, Bunny Wailer’s wife of over 50 years, went missing from the family home in Washington Gardens, St Andrew.

“It has been a difficult time for my siblings and I as we try to cope with the loss of our father who took the detrimental loss of his partner of over 50 years harder than anyone,” Abijah Livingston, the son of Bunny Wailer, told The Sunday Gleaner.

“As we focus on the preparation of our beloved father’s send-off, we are still refusing to give up our search for his wife and have continued the investigation of her disappearance. We know our father would want an honourable funeral, but he would also urge us to continue the search for his wife, Jean Watt,” the reggae singer stated.

Abijah also addressed a question that is currently on everyone’s lips – the date of the funeral for the last member of the iconic Wailers trio, Neville Livingston, also known as Bunny Wailer and Jah B. He passed away on March 2.

“The funeral planning has been positively progressing, and we will make an announcement of the date soon,” he said decisively.

Although Sister Jean has been missing for one year, the family remains very hopeful that she will be found. The search has been relentless and islandwide, with a reward of one million dollars on offer, the hiring of private investigators, and the making of a 30-minute documentary.

“We have to keep the awareness of Sis Jean going. A lot has been going on, but we must keep her search at the forefront because finding her will surely help our family to heal,” Abijah added. “We’ve been all over the island putting up posters and responding to sightings. The media and persons on social media have greatly assisted us with our search, but, as time goes by, we have to try other measures to keep her at the forefront.”

Sis Jean was a youthful 70-year-old when she went missing last May. Her birthday came four months later, on September 23, and at that time, the family wrote on social media, “As we are still missing our Queen Mother, the family is still keeping the awareness going. We celebrate her birthday with some clippings from the upcoming feature that focuses also on mental illness and how we as a community handle our mentally challenged.”

Abijah, who has been the official spokesperson for the family since Sister Jean’s disappearance, was instrumental in the making of the documentary WailNSoul Searching for Sis Jean. It was released in recognition of International Women’s Day and focused on mental health issues and missing women in general, as Sister Jean has dementia, a condition that causes memory loss.

The documentary sees a host of relatives, including her sister, nieces and nephews, her stepchildren, all singing the praises of Jean Audrey Watt, and pleading for her safe return. There are also interviews with Minister of Culture, Gender, Entertainment and Sport Olivia Grange; professor of public health and ageing at The University of the West Indies (UWI), Mona, Dr Denise Eldemire-Shearer; senior superintendent of police and head of the Constabulary Communications Unit Stephanie Lindsay; and Lloyd Dean, father of missing UWI student, Jasmine Dean.

In the documentary, Sis Jean’s sister, Pauline Watt, recalls with some measure of pride that she was the “news carrier” who would take messages from a young Bunny Wailer to her sister. “Me was the set on. Him see me and seh him like mi sister. All dem times deh, Jean pretty and a go Denham Town school. The time when she meet him, Bunny dem was living in the kitchen. She and Bunny and Bob Marley wife inna the little kitchen and Georgie a cook the cornmeal porridge, him light fire from 6 to 6. Jean nuh come a road. She grow decent. When Bunny dem a go play football him tell me ‘tell Jean fi come’. And believe you me, me neva know seh people woulda come inna dem life and mash it up like that,” Pauline stated.

The couple met in Trench Town as teenagers, and Watt, who is a dressmaker by profession, has been through every significant episode of Bunny Wailer’s life. She is an early friend of Rita Marley, widow of Wailer Bob Marley, and, as teenagers, they were a duo couple of Bob and Rita and Bunny and Jean. Bunny Wailer’s former manager, Maxine Stowe, in an interview with The Gleaner last year, shared, “Especially during his time in prison, he [Bunny Wailer] remembers her as his rock of communication. She ran side by side with him on the beach of Bull Bay, where again Bob and Rita were part of that time in the community. Sis Jean made a lot of outfits for The Wailers, especially their trademark vests, and she was Jah B’s main designer through his Solomonic years.”

Stowe was living at the Washington Gardens residence at the time and was at the house just before Sister Jean wandered away. Hers has been one of several voices calling for her return. Also living with Sister Jean were her two stepdaughters, Sara and Candice Livingston. Candice recalls interacting with Sister Jean that Saturday morning, and also that, later in the day, Sister Jean and Jah B “were watching a movie on Maxine’s laptop”.

“Then in the evening, [a family friend] came and said that Sister Jean walked out of the yard. He is a kind of person who is hard for him to be serious, so because [of] how he said it, we thought he was joking, so we never pay him any mind. But then my brother’s wife called and asked where was Sister Jean, and that’s when we realised that something was wrong,” Candice Livingston told The Sunday Gleaner.

According to Sara, “Naturally, everybody was asking us how we could let Sister Jean leave the house, because we all know that the gate must be kept locked at all times. But we didn’t know that other persons had gone out and that it was just us and Jah B at the house with Sister Jean. Ah mean, we were at home with Sister Jean for weeks when he went to Cuba for treatment, and nothing like this happened.”

She added, “Sister Jean is the mother figure for our household. We and her run joke, and we know she has her challenges, but we learn to deal with them and how to care for her. She is a sweet lady with a sweet personality, and she loves to dress up.”

Abijah, too, remains positive. He told The Sunday Gleaner, “Sis Jean is sorely missed by her family on both sides – the Livingstons and the Watts. It was just yesterday I received an encouraging message from her niece Yanique, aka ‘Chuk Chuk’, who can’t stop dreaming about her and believes Sis Jean is out there and okay.”

And the search continues for 71-year-old Jean ‘Sister Jean’ Watt, who is dreadlocked and about five feet three inches tall.