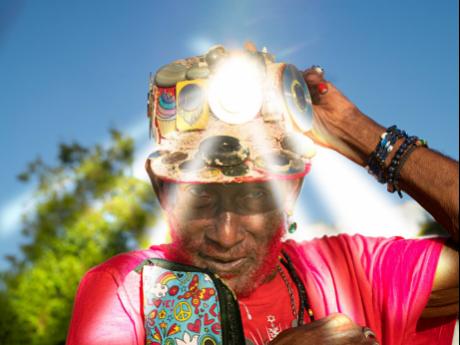 Frank Spinelli
Frank Spinelli said this photo of Lee ‘Scratch’ Perry, wearing a red snapback cap, showed the iconic musician as he was. 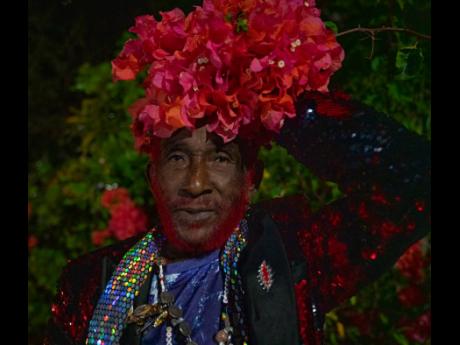 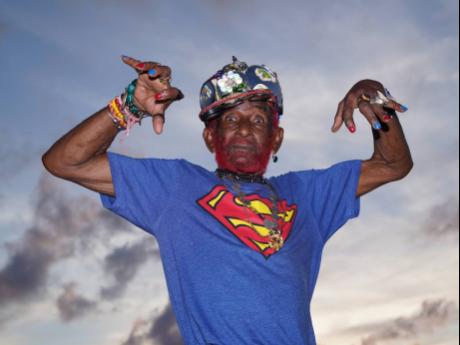 Frank Spinelli
‘One of the joys photographing him was that I never knew what he was going to do next; he was so inventive,’ Frank Spinelli said of Lee ‘Scratch’ Perry. 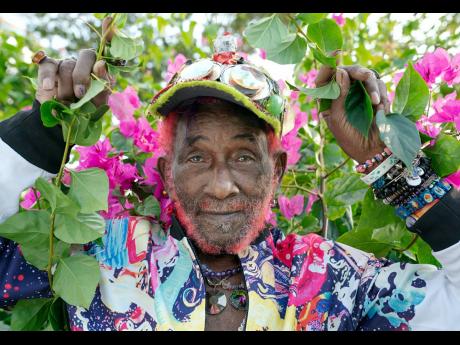 Frank Spinelli
‘There was this childish exuberance about Lee,’ Frank Spinelli said of his friend, neighbour and frequent subject. 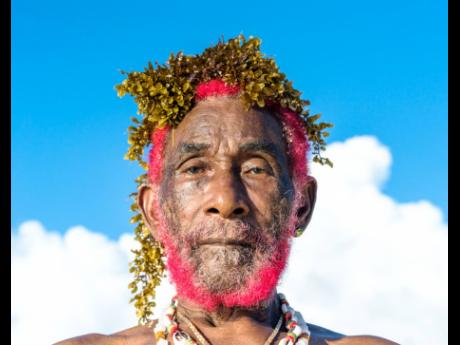 Frank Spinelli
Lee ‘Scratch’ Perry in a photo by Frank Spinelli who has taken a number of images of the icon. 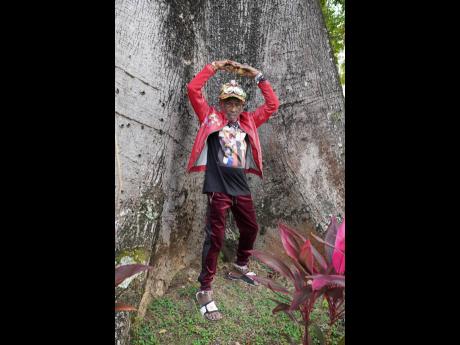 Out of the hundreds of photographs that Frank Spinelli has taken of people throughout his travels, there’s one, out of the many of Lee ‘Scratch’ Perry, that stands out. The photo sees Perry wearing a red snapback cap that he customised with...

Out of the hundreds of photographs that Frank Spinelli has taken of people throughout his travels, there’s one, out of the many of Lee ‘Scratch’ Perry, that stands out.

The photo sees Perry wearing a red snapback cap that he customised with stickers, stones, shells, all types of paraphernalia he must have collected on one of his strolls along the beach near his home, as well as coins and CDs which resulted in a specular reflection. He looks as though he is looking directly in the eyes of the person looking at the image, pensive yet happy, but also because of the hat, eccentric. It showed the recording legend as he was, said Spinelli, who lived 45 feet away from Perry’s door in Negril.

“He was very natural in his physicality and his spirit; this was a man who I never heard him say one negative word. It was astounding. The only other person I know like that is my mother, and if I had a quarter of my mother’s positivity, I’d feel like a much better person, and I felt the same thing with Lee – a natural light,” Spinelli told The Gleaner.

He added, “There was a time when he was recording at a small studio right on the road leading to the West End, and it was packed with people. I saw a different side of Lee when he worked. He was laser-focused when he was working and in his environment – shake his head, looking side to side, nodding and much of the time, he didn’t have to say anything. You knew where he was going. He called the images, tracks. He never said, ‘let me see that photo’, it was ‘let me see the track’, and one of the joys photographing him was that I never knew what he was going to do next; he was so inventive.”

The award-winning photographer puts a spin on the many moods of Lee ‘Scratch’ Perry, and he would have captured ‘The Upsetter’ in many roles as the recording artiste, of course, but also as a family man, a husband, a deep-thinker, a carefree Jamaican, an agile man still in his prime, a neighbourly character and somewhere along the journey they became friends.

“There was this childish exuberance about Lee – it was infectious – and he and Mireille would wake at like 3:00 in the afternoon, and I’d typically see him stand on the balcony around 4 p.m. taking in everything. As neighbours, we traded coffee and sugar, just neighbourly stuff. He’d yell down, ‘Frank, how are you today?’ Always very sweet,” he said. “He was always about doing something, and he’d get dressed, go down to the beach, and it was always me and my camera, so we’d just take pictures. He was one with nature. And I love nature; I love human nature; I love faces. We’d walk around the grounds, and Joe, his cook, or Rocky, who was his driver, would come help us, or we’d watch Mireille on the raft, and he’d end up singing to me and chatting on the beach. This was our routine.”

He has not heard back from Lee ‘Scratch’ Perry’s wife, but Spinelli believes it is because she is taking the death hard.

“Mireille must be devastated; they were batty and bench. At the point where we reside in Negril, there is a man-made beach with a breakwater constructed from these pointy rocks. Lee would jump up on those rocks and move about when I was photographing him, and me, I am 73, by the way, I’d be like, where am I [going] to put my foot next. His death comes as a shock to me, (so) I don’t know the circumstances, or what really happened, I don’t want to guess, and I feel badly I’m not there,” he said.

Spinelli spent the winter season in Jamaica but is now back in the mountains of Woodstock, New York, where he is secluded from the outside. Still, the news of Lee ‘Scratch’ Perry’s death reached his ears, a difficult one to digest as he had just seen him a few months ago. He and his wife were guests at the musical icon’s 85th birthday dinner.

“He and his wife spent summers in Switzerland but didn’t want to spend winters indoors there, and because of COVID-19, they had a difficult time getting to Jamaica in December, but when they finally arrived in January, we spent three full months together. There were times when he would invite me into the house when his family, like his brother and nephew, visited. They all had the same sweetness about them; they were like sugar. They would sing songs from their youth together. I’d video them, and we’d all get hysterical laughing at the playback. It was so special – all the time spent with them,” Spinelli shared.