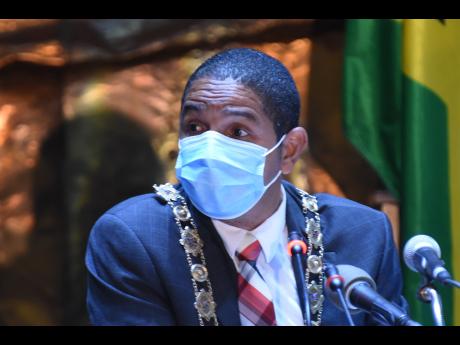 The abuse of the homeless hit startling heights when news broke they were being brutally murdered. A man was brought in as a suspect but never charged. With the revelation that the same man has been brought in for questioning after another spate of murders, the headlines made for an eerie read.

A MAN, who was in January taken into custody as a suspect in the brutal slaying of three homeless men in Kingston, is again being questioned following Sunday's attack on four homeless men in the same parish.

The men, who were attacked during their sleep overnight Sunday, were all injured in the face and head and have since been hospitalised.

Two of the victims were attacked along Tom Redcam Drive, one along Ivy Green Crescent, and the other in Silver Slipper Plaza in Cross Roads.

Head of the Corporate Communications Unit of the Jamaica Constabulary Force, Senior Superintendent of Police (SSP) Stephanie Lindsay, told The Gleaner on Monday that suspect was taken back in custody on Sunday as the police believe he has information that can assist in their investigation.

“However, I must add that he is the same man that was taken into custody in the first incident but he was released as the evidence was not of such that the police could charge him,” the SSP explained.

She further revealed the suspect is partially homeless; however, she could not indicate whether or not he is suffering from any mental challenges.

But at the same time, Lindsay said the police have a reason to be concerned.

This is the second vicious attack on the homeless since the start of the year.

In January, six homeless men were attacked and chopped in the head. Four of them died on the spot, while a fifth succumbed to his injuries.

Lindsay could not provide an update on the lone survivor.

In the meantime, Mayor of Kingston Delroy Williams has condemned the beating of homeless men.

“I cannot but reiterate that it speaks to the awful state of affairs within the conscience of men, or perhaps it is a deranged serial attacker, but we already have a difficult task in managing to care for our brothers and sisters who have, for whatever reason, met upon hard times and found themselves vulnerable and homeless,” Williams said.

However, the mayor said he is happy that the police have a suspect in custody and that the Kingston and St Andrew Municipal Corporation (KSAMC) is working with the Jamaica Constabulary Force, residents, and other stakeholders to assist the investigation.

Additionally, he said that in the wake of the attacks, keen attention will be paid to the areas where homeless persons converge.

“We continue to explore avenues to ensure utmost safety and care of the homeless and continue to encourage them to use the state-run facilities for their protection. The KSAMC's poor relief officers and other workers will be redoubling our due diligence in appealing to these homeless persons to stay in the approved shelters – especially at nights,” Williams said, noting that the private sector has played a great role in partnering with the Government.