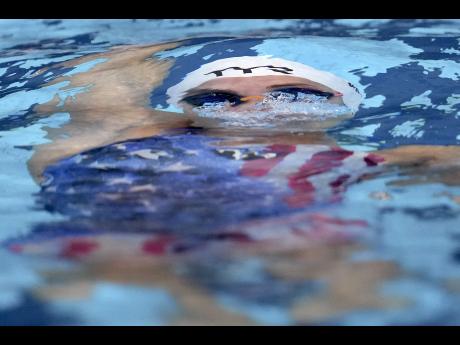 AP Photo/Matthias Schrader
Rhyan Elizabeth White of the United States swims in a heat of the women's 200-meter backstroke at the 2020 Summer Olympics, Thursday, July 29, 2021, in Tokyo, Japan.

A man attempted to match with Olympic athletes on Tinder.

Comedian Reed Kavner used the Tinder Passport feature in a bid to find love with someone competing at the Tokyo games.

As he virtually headed to the Olympic Village, Kavner joked: "I was on swim team until I was 12 so we'll have that in common."

The comic's attempts went well as he swiped right on a number of women. Katherine Savard, who will compete in the swimming for Canada, even commented on his video.

Kavner's cheekiness went down well with social media users, with one commenting: "Once they see Reed Kavner in the middle of swiping through the world's greatest athletes, they'll be sure to fall in love."

The Olympics has proved popular with Tinder users in the past, as the Brazilian city of Rio became the most used venue for Tinder Passport when the Olympics were held there in 2016.