Should there be an independent probe into Oxygen shortage? 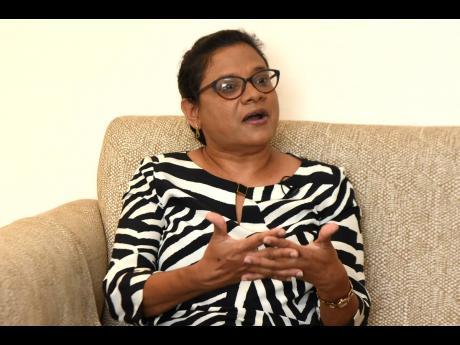 Since late August when it was revealed that an oxygen shortage had put the lives of Jamaicans suffering through the symptoms of COVID-19 inside the nation’s hospitals, there have been calls for an independent probe into whether or not people died because of the shortfall. But Christopher Tufton, portfolio minister in the Ministry of Health and Welfare, doesn’t believe that to be necessary. Is he correct?

DECLARING THAT the internal processes at the Ministry of Health & Wellness (MOHW) work, Portfolio Minister Dr Christopher Tufton says there is no need for an independent investigation into the number of people who died because hospitals ran low on oxygen supply in late August.

There have been calls, including from the Opposition People’s National Party, for an independent enquiry following a Gleaner probe which found that at least eight persons, including a pregnant woman, reportedly died because of no access to medical oxygen.

“I don’t subscribe to the view that we should seek external help so frequently that we end up undermining the structures that we establish. Improve them where we must, but give them a chance to work,” Tufton charged.

He was speaking at a press briefing on COVID-19 on Tuesday.

Tufton argued that the issues leading up to the calls for an investigation have been transparent and that there is nothing to hide.

Chief Medical Officer Dr Jacquiline Bisasor-McKenzie, too, denied a cover-up, saying that Jamaicans were warned that the COVID-19 battle could become grave.

She noted that the country was told upfront that the health sector had a capacity and that if the numbers were not kept below this capacity, there would be dire consequences.

“The fact is that if we go into a fourth surge and we remain with this much of our population unvaccinated, then the threat becomes real again. That will challenge the limitations of our capacity,” she said.

Bisasor-McKenzie said while several persons died between August 27 and 29, the time when hospitals islandwide were low on oxygen, it is difficult to determine if the deaths were a direct result of gas supply or a natural progression of their illnesses.

“We have made a commitment that we are working on those details to try to find out, but the thought that we are hiding deaths really should not be entertained by the Jamaican public,” she said.