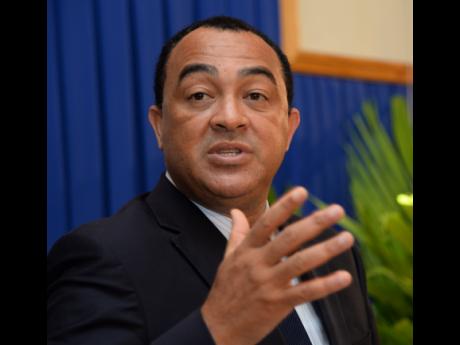 Almost 108,000 Jamaicans (approximately four per cent of the total population) were treated for mental illness in public-health facilities across the island last year.

Of that number, almost 2,000 were admitted to hospitals for extensive treatment.

While the costs associated with treating mental illness for 2015 have not yet been compiled, statistics coming out of the Ministry of Health show that Jamaica paid close to $1.7 billion to provide treatment for just over 179,000 persons with mental problems between 2013 and 2014.

The bulk of the money spent on treating persons with mental-health issues in 2013 and 2014 was related to staff costs ($1.3 billion), while medication accounted for $193 million and $165 million was for other related expenses.

The country also lost $859 million in those two years as a result of missed full workdays by persons with mental-health issues.

The average number of workdays with reduced productivity as a result of major depression disorder was calculated at approximately five times that of lost sick days.

In recognition of the gravity of the mental-health problem facing Jamaica and the negative effect it is having on the country's economy, Minister of Health Dr Christopher Tufton has put together a 16-member Mental Health and Homelessness Task Force.

To be led by Dr Earl Wright, the task force will work in collaboration with the Ministry of Health, Ministry of National Security, Ministry of Local Government, the National Health Fund, and Food For The Poor and will report directly to Tufton.

"What is very clear is that a closer examination of the facts and statistics is needed with a view to crafting an approach to recognise and treat with the situation. This is extremely necessary, based on just the diagnosis and implications over the last year alone," Tufton told The Sunday Gleaner.

"So the task force is intended to look closer at the issue from different perspectives and, hopefully, come up with some solutions or suggestions to deal with the issue in a holistic way," added Tufton.

Of the almost 108,000 persons who were treated for mental illness in clinics across Jamaica last year, 83,438 were seen for schizophrenia/psychosis while there were 2,521 cases of child/adolescent disorders. A further 1,888 were admitted to hospitals for mental disorders.

"There are many out there who have not chosen to look for help and I would expect multiples of that number," said Tufton.

"One could argue that it is actually a big issue using just those numbers alone. I think we have to deal with it, and my attempt at appointing this group, who are in their own right practitioners, experts in the field or related fields that impact this particular problem, is to bring a sharper focus to it and, hopefully, out of that focus will come some additional solutions, given that challenge is evolving and even awareness of the problem."

According to Narcisse, a significant portion of the population has some kind of mental disorder that can run the gamut from mild depression to more acute illnesses.

"It is all the psychological and emotional distresses that we are under and which cause us not to function at our optimal level. It is a huge concern and this country needs to be dealing with it in a much more serious way," said Narcisse.

Narcisse, who has provided support for persons with mental illnesses and their families for years, argued that more money is not necessarily the answer.

She is adamant that the redeployment of existing resources into community-based services, including family support and increased social work and community mental-health services, is the way to go.

"We need more mental health officers. They need more vehicles, as we need for them to not only be in the clinics, but also make home visits.

She added: "It means improving the capacity of our teachers and guidance counsellors, so they are able to identify early the different kinds of challenges and know what to do.

"It means that you have to give support to families and parents, so they understand that they have to be concerned about their children's physical health, and also know how to raise a child in a mentally healthy way and emotionally healthy way."