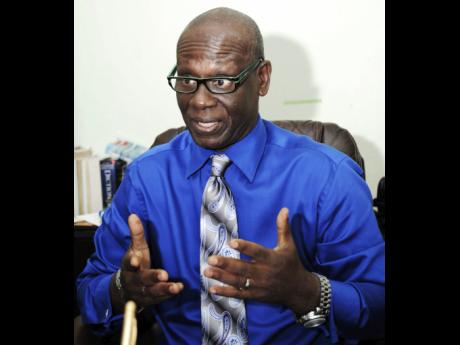 Local Government Minister Desmond McKenzie has intervened in the growing fee dispute between the Constituency Development Fund (CDF) Committee of Parliament and the Social Development Commission (SDC), which has been accused by parliamentarians of being "disrespectful".

Everald Warmington, St Catherine South West representative and chairman of the committee, accused the SDC's executive director, Dr Dwayne Vernon, of disrespecting his committee. He reportedly directed them to take to the SDC board their requests for a meeting aimed at reducing fees charged by the commission to implement educational programmes.

Meeting with both parties

Speaking in the Parliament on Wednesday, McKenzie said he would be meeting with the parties over the long-running issue.

"I've had discussions with the chairman of the CDF committee on this outstanding issue. A meeting with the member from South West St Catherine has been planned for next week where we will discuss the issues surrounding the SDC and the fees, which have been a great concern to members of parliament (MPs)," he told the House of Representatives.

MPs insist that the five per cent charged per MP to implement the programmes is limiting the number of people who can benefit from the educational assistance.

They want the fee reduced to at least 2.5 per cent.

In rejecting similar efforts in 2014 to reduce the fee, the SDC argued that the level of work that is required for educational support programmes is often "intense".

Warmington, the South West St Catherine MP, said that given that stance, the MPs would be demanding monies owed to their constituencies.

"(The) SDC owes the CDF $174 million, and if this is the attitude they (SDC) are going to have, we need to demand that they pay up that money."