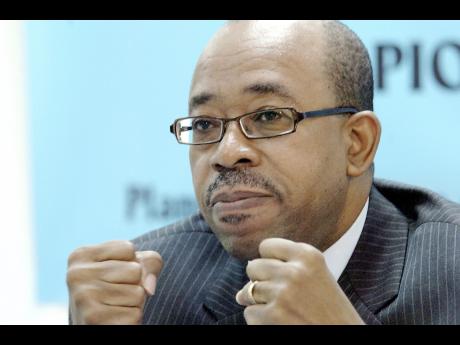 The magnitude of Guyana's oil discovery was disclosed yesterday, and, today, a leading Jamaican economic thinker is urging authorities of the South American nation to use Jamaica's experiences with bauxite to ensure that benefits are sustainable.

The United States-based oil and gas company ExxonMobil announced a "world-class oil discovery" off Guyana after drilling a well that struck oil-bearing sandstone with an estimated 800 million to 1.4 billion oil equivalent barrels.

"The plan is not to spend wildly like a drunken sailor but to put in a wealth fund for future generations and ensure we do not neglect agriculture," The Associated Press has reported Guyana's presidential spokesman, Mark Archer, as saying of efforts to put in the necessary regulatory systems for the new industry.

Dr Wesley Hughes, chief executive officer of the PetroCaribe Development Fund, said the mapping of the extent of the oil reserves is "important" for Latin America's third poorest country, which, he said, "has always been potentially one of the richest countries in the region, if not the world, in terms of its resources".

He said the use, for the 750,000 people of Guyana and future citizens, is of critical significance and lessons in doing that can come from Jamaica.

"We (Jamaica) have exploited our bauxite reserves, which is, like oil, a wasting asset. I am not sure we have made the best use in terms of the utilisation of the earnings from this reserve in building a long term capacity to replace the loss of bauxite. We established a capital development fund which was to take some of the resources of the bauxite sector and reinvest it into capital goods for future development of the country," he told The Gleaner.

A matter of 'choice'

"We have not done a good job. We have consumed most, if not all, of this resource. We're looking to the future, towards the end of the bauxite sector, without a sufficient reinvest of the resources for long-term development as a replacement. Guyana doesn't have to look to Trinidad and Tobago. They don't have to look anywhere; they just need to look at what we have done and what we haven't done."

Hughes insists, however, that Jamaica's bauxite experience was not about mismanagement but a matter of "choice".

"We made decisions and choices that are not long-term and sustainable," he said, noting that some of the decisions resulted in withdrawals "to fund the Budget rather than to save".

In 2014, Dr Carlton Davis, who participated in negotiations to establish a bauxite levy under the Michael Manley administration in 1974, said some decisions on the investment of resources were "good-intentioned, but ill-fated".

Jamaica has earned more than J$500 billion from the levy that was imposed on bauxite, which had its first shipment out in 1952.

Davis, who was head of the Jamaica Bauxite Institute, said "a lot of it" went to education, starting with the free education policies of the 1970s.

Over the last decade, the bauxite-alumina sector has been turning in yearly averages of five per cent of gross domestic product, slipping from more than 10 per cent in the 1960s.

According to the media report, money from Guyana's oil discovery would go towards building a 350-mile (565-kilometre) jungle road from the capital to northeastern Brazil, opening up Guyana's rugged, mineral-rich interior. Households would get free cooking gas and cheap gasolene.

Exxon and partner Hess Corporation haven't yet announced development or investment plans, which could be complicated by low current oil prices and a dispute with neighbouring Venezuela.

In June, Brian Richardson, oil and gas manager at the Petroleum Corporation of Jamaica, said independent UK-based oil producer and explorer, Tullow Oil, was assessing data taken from the composition of rocks on land and under water.

The assessment would show whether Jamaica has enough oil and gas for commercial resale.

Additional reporting from The Associated Press.