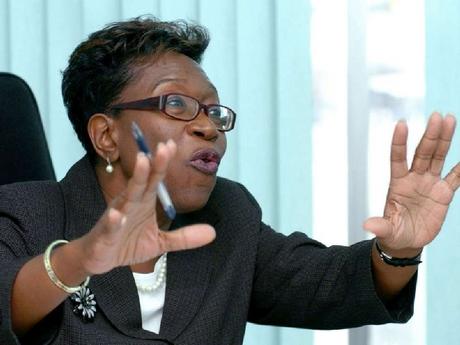 Llewellyn ... a significant number of the cases being rolled over to the new term are ready for trial.

When the Home Circuit Court began the Easter term at the end of March this year, there was a total of 548 cases listed for trial. That number swelled to 578 after 30 new cases were added during the term, compounding the backlog that has spanned several years.

When the term ended four months later, only 90 of those cases - or just over 15 per cent - were disposed of, data from the Office of the Director of Public Prosecutions (DPP) has revealed.

This means that 488 cases - 315 for murder - will be rolled over to the Michaelmas term, which is scheduled to begin this week.

According to the data, 49, or just over half of the 90 cases removed from the list, ended with convictions, while 28 ended with acquittals.

A breakdown of the convictions shows that 17 were for murder and 27 were for sexual offences. The data also showed that 11 persons were freed of murder charges, while 14 were acquitted of sex-related crimes.

The DPP's office called a halt to nine cases, two were sent back to the parish court, and one person died before his trial commenced.

The Home Circuit Court comprises eight designated courtrooms, four of which are used for gun-related crimes and four for other criminal offences.

The nation's chief prosecutor, Paula Llewellyn, told The Gleaner that "a significant number" of the cases being rolled over to the new term are ready for trial.

However, Llewellyn, the director of public prosecutions, said a shortage of courtrooms continues to stall trials. Justice Minister Delroy Chuck described the figures as "creditable", but insisted that the number of cases disposed of each term has to increase.

"We have to be able to dispose of more cases per session," Chuck told The Gleaner in reaction to the data from the DPP's office.

As part of the Government's plan to achieve this, Chuck said three courtrooms at the old Supreme Court building in downtown Kingston, which were previously used for civil trials, would be retrofitted to accommodate criminal trials.

In addition, he said the Government was hoping to have the amended plea bargain legislation enacted during the Michaelmas term to encourage more accused persons to plead guilty.

Chuck announced last week that work on the proposed amendments is expected to be completed early next month and that he has instructed the Office of the Chief Parliamentary Counsel, which will draft the bill, to treat it as a matter of priority.