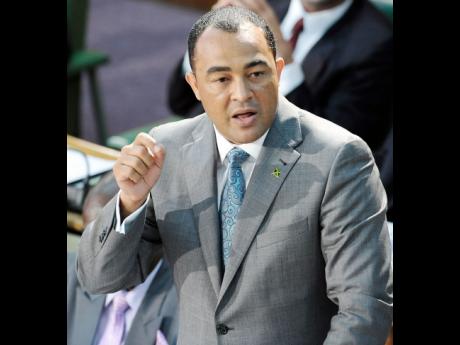 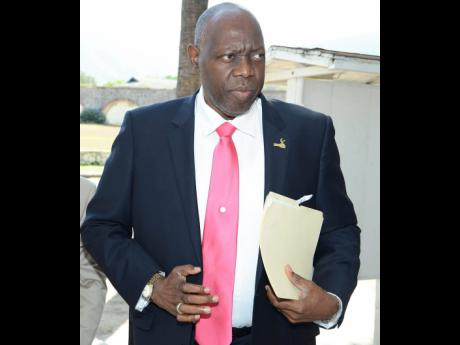 Approximately half of adult Jamaicans believe that current health minister, Dr Christopher Tufton, has maintained an above-average communication strategy in keeping the public abreast of happenings in the health sector.

This was revealed in a recently conducted Gleaner-commissioned survey of health care in Jamaica, conducted by Johnson Survey Research Ltd.

The findings are likely to buoy the health minister, who has been at the forefront of public-information initiatives on issues such as the Zika virus (ZIKV) since his Jamaica Labour Party (JLP) formed the government in February.

In fact, even Horace Dalley, the health minister in the last days of the former People's National Party (PNP) government, acknowledged that the health ministry has a "good" public relations programme, but with a proviso: that there is insufficient attention to quality information.

"We didn't spend a lot of money on PR and advertising and so on," Dalley told The Sunday Gleaner. "I can only speak for November 2015 to February 2016 [when he was in charge of the portfolio]. I know we passed on information to the public about the health system and about the challenges we were having. I wasn't afraid to tell the country the truth."

Polling 1,200 men and women between ages 18 and 65 and over during the month of September, the study sought to gauge Jamaicans' view of the health-care system and the improvements needed.

In the survey, 30 per cent rated the Government's performance as "good" in informing people about developments in the health sector, while 13 per cent rated it "very good" and five per cent "excellent" - a total of 48 per cent between good and excellent.

There was no similar survey under the PNP government when its health minister, Dr Fenton Ferguson, was under pressure for his management of the chikungunya virus (chik-V) outbreak, plus the overall state of the health sector, which doctors and other health-care professionals criticised for being under-resourced and mismanaged.

Ferguson was ultimately undone by a controversy surrounding the deaths of 19 pre-term babies from bacterial infections at two of the island's major hospitals, which was compounded by his misspeaking in Parliament when, in attempting to explain the under-developed state of premature babies, he described them as "not babies in the real sense".

During his tenure, he was constantly accused of not being transparent and criticised for the lack of communication from his ministry, especially when he refused to release the long-awaited and much-anticipated audit report of the four regional health authorities, which after loud public outcry was finally released.

With pressure mounting from several quarters, Ferguson was eventually relieved of his health minister duties, replaced by Dalley, and reassigned to another ministry. The controversies in the health sector are believed to have contributed to the PNP's narrow electoral defeat, although Ferguson retained his Eastern St Thomas parliamentary seat with a wider margin.

In the context of what transpired, communication strategy consultant, Dr Hume Johnson, described the upbeat assessment of the new administration's communication performance as "hardly positive".

"This situation does not beg for a repeat, so it is expected that a new minister of health, under a new administration, would be wise to ensure that adequate communication to the nation about public health in general, and potential public health crises in particular, is effected," noted Johnson, an associate professor of public relations at Roger Williams University in the United States.

Added Johnson: "What we are witnessing now - and it is nowhere near the level it ought to be - is an improvement in the dissemination of health messages through public-education campaigns that seek to create a new social climate in Jamaica to encourage healthy behaviours, change attitudes, including how the environment is kept, and motivate Jamaicans to adopt recommended behaviours to prevent public-health outbreaks."

Tufton, who has been attempting to make himself the face of a healthy-lifestyle campaign to combat non-communicable diseases such as diabetes and hypertension, said that part of his mandate was to be open and transparent and to make the Government accountable.

Stated Tufton: "There's a recognition that transparency promotes better governance, greater levels of accountability and, frankly speaking, we, starting with me all the way down to the least of them all within an institution, are all accountable to the people that we serve. And it should not be looked at in any other way. Part of that accountability must be preparedness and a willingness to communicate with the public."