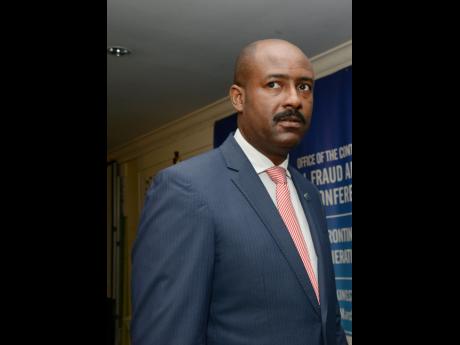 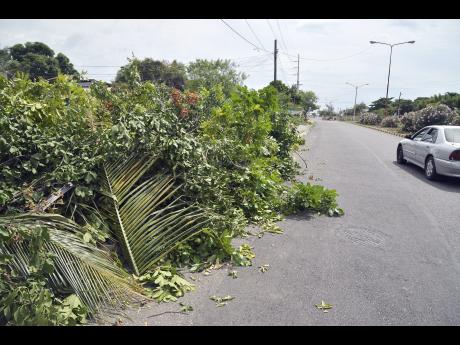 Just days before the local government elections, the country's main anti-corruption body, the Office of the Contractor General (OCG), has opened a probe into a government bush-clearing programme, the source of tensions between the administration and the Opposition People's National Party (PNP).

The opposition party is contending that the programme is being used by the Holness administration to 'buy' support ahead of Monday's elections.

Contractor General Dirk Harrison's probe was confirmed yesterday by the National Works Agency (NWA), which is spearheading the project that the PNP said bypassed its political representatives.

Questions sent to the OCG on whether a probe is under way are yet to be answered.

"I know that information has been requested by that office (OCG), and we have been providing same to that office. As to whether an investigation is being done, the OCG will have to answer that," said Stephen Shaw, NWA communications manager.

He added that the first set of information has already been submitted to the anti-corruption body, while additional information, which has been requested, is to be submitted today.

Shaw declined to state the nature of the information sought.

"I don't know that I'm at liberty to indicate. As I said, the OCG has requested information and we have been providing the information requested."

"We welcome the investigation by the OCG [although] we are aware that the outcome of this investigation will not come before the elections," Burke said.

At the same time, the prime minister, through his press secretary, Naomi Francis, disclosed that he was seeking a "full brief" on the programme, which falls under the Ministry of Economic Growth and Job Creation, which he heads.

"I have received her letter and asked to be provided with a full brief of the programme by the permanent secretary in the Ministry of Economic Growth and Job Creation and the Chief Executive Office of the National Works Agency," said Holness.

"After I have received the brief, I will address the matters raised."

Parchment Brown has said that she is "anxious" for Holness's response.

"I am really, really, anxious to hear from the prime minister so that we may have some words in the public domain that can address the concerns."

The contentious programme was a major issue during Wednesday's televised political debate between representatives of both parties.

The PNP's Eugene Kelly angered his opponents when he declared that the Holness administration was "threatening" the country's democracy with the debushing programme he called a "vote-buying scheme".

"Rain don't (sic) only fall in JLP constituency. The $600 million vote-buying scheme is a threat to our democracy," he asserted.

Dr Horace Chang, JLP general secretary and minister without portfolio in the growth ministry, has said that the timing of the debushing work and the elections is "coincidental", adding that the programme is needed, especially in light of the recent heavy rains.

The work programme was never announced and was brought to the public's attention by the PNP in a statement calling for the OCG and ombudsman to investigate.

National Integrity Action has supported investigations into the bush work, saying, it "appears in clear violation" of the Constitution and other political agreements.