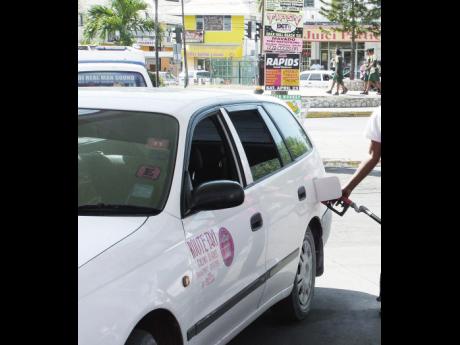 File
Gas being pumped into a motor vehicle at a gas station. 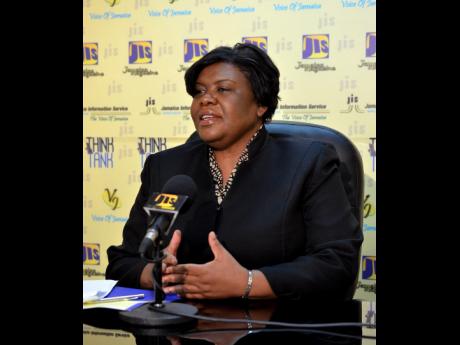 The Consumer Affairs Commission (CAC) has seemingly failed in its attempt to arrange pre-Christmas compensation for motorists affected by contaminated fuel last year.

"I am not as optimistic as I was, say, three weeks ago. I am still very optimistic that we will get some redress for the consumer, but I was really hoping that 2017 would find that behind us, but it doesn't seem like that will be possible," Dolsie Allen, chief executive officer of the CAC, told The Sunday Gleaner late last week.

According to Allen, compensation negotiations involving the CAC and major players in the petroleum industry will continue on Tuesday.

The meeting should involve representatives of the Petroleum Corporation of Jamaica and the marketing companies, and Allen is hoping to finalise the negotiations at that meeting.

She said she is expecting anywhere from $25 to $32 million in redress for the affected motorists.

"They are not averse to issuing compensation to the persons who were affected by the contaminated fuel. Their concerns is that nobody has been pinpointed as being culpable. Everybody is pointing the finger," said Allen, as she noted that the probe ordered by the Government ended without the source of the contamination being identified.

Approximately 390 complaints were submitted to the CAC up to April 8, but Allen said that number is set to reduce following additional examinations by an outside entity contracted by the CAC.

She said it appears some persons were trying to use the 'bad gas saga' to make a quick dollar.

In the meantime, Allen said the CAC has received at least 10 new complaints of bad gas from motorists since January. This confirms reports published by The Sunday Gleaner last week that

contaminated fuel is still in the market.

"It is as concerning to me as it is to you. We have called the Bureau of Standards and the National Compliance and Regulatory Authority. We have been getting these complaints," said Allen.

"I'm not a scientist. I'm not a technical person; I rely on the Bureau of Standards Jamaica and other agencies for information and testing, and so on, but these things always happen after heavy rain. So probably there is some truth to there being problems with the storage. I really don't know," added Allen.

Sunday Gleaner sources have argued that faulty storage tanks at some service stations allow water to mix with the fuel, particularly at periods of heavy rainfall, but Allen said this may not be the only cause of contamination.

President of the Jamaica Gasolene Retailers Association (JGRA) Phillip Chong has also dismissed water as the source of the contamination.

"The JGRA rubbishes these assumptions and point out that the bad gas contamination source was not water and could not by any stretch of the imagination affect the trade islandwide," Chong said it a letter to The Sunday Gleaner.

"All the petroleum storage facilities at most of the service stations are maintained by the relevant marketing companies and not the retailers.

"All retailers who are members of the JGRA and most affiliates of the marketing companies, whether local or international, subscribe to the best practices in the receival, storage and dispensing of petroleum, and have been doing this for years," said Chong, even as he called for urgent strong measures to deal with the contamination of the fuel.

According to Chong, members of the JGRA are now subjected to speculation because of the non-closure of the bad gas debacle.