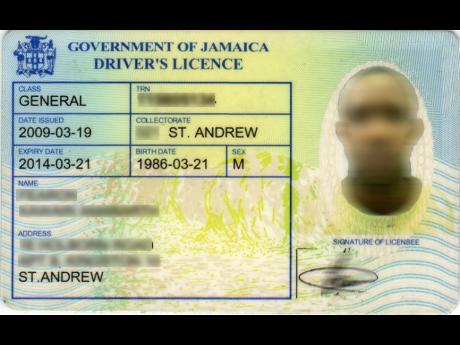 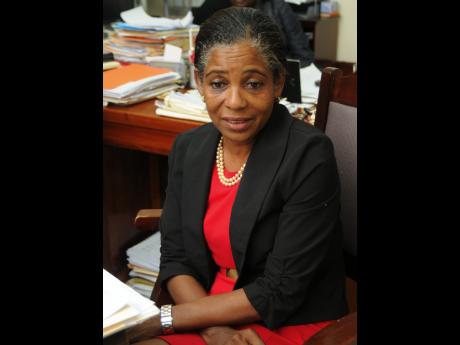 The Revenue Protection Division (RPD) is planning strong measures to clamp down on Jamaicans who are using fraudulent driver's licences.

There are growing concerns that scores of Jamaican motorists are driving around with licences not issued by the authorities, and the RPD is adamant that these persons will be caught, arrested and charged.

Head of the RPD, Major Johanna Lewin, says the fraudulent driver's licences are among a slew of fake documents being used locally, and Sunday Gleaner sources say the conmen are getting better at reproducing several official documents.

Late last week, Lewin agreed that some of the fakes can trick even members of the police force.

"We are seeing some fraudulent driver's licences now, where they not only look but also feel like the official ones," Lewin told The Sunday Gleaner.

"We are seeing some genuine-looking documents that only the tax administration personnel and my staff, who are specially trained, are able to identify that they are fraudulent. Not even the police can sometimes identify these fake documents.

"So what we will be doing is putting in more security features and we will be catching them," added Lewin, who declined to say when the changes will be made.

According to Lewin, the RPD is working with other government agencies to crack down on the fake driver's licences and other fraudulent documents which are being used by unscrupulous persons.

"Some are stolen, while others are cloned so that you could be driving in your car and somebody has a copy of your documents driving around in another vehicle," said Lewin.

She is urging members of the public to exercise due care as the RPD has detected an increase in the use of fraudulent documents for the sale, transfer and registration of motor vehicles.

Lewin said that, in the latest case, a widow of a St Catherine address was arrested and charged with conspiracy to defraud and uttering fraudulent documents after investigations revealed that the motor vehicle title bearing her late husband's name, and which was given to a third party to effect the transfer, was signed and stamped some three months after her husband's death.

"Some people say we are hard with our decisions to arrest and charge but we don't care if you are 100 years old, we will charge you once you are caught," warned Lewin.

The RPD boss accepted that while some persons seek out fraudulent documents because they are criminals, others take that route because of the time it takes, or the high cost, to acquire the legal documents.

She argued that while there is need for a multifaceted approach to deal with the issue over the long term, the RPD will continue to take action against persons caught with fake documents.

Lewin noted that in August, Linroy Harris was arrested and charged after proffering a motor vehicle title which was allegedly stolen. That matter is scheduled to be heard on February 22 next year.

In September, two persons, Llewellyn Samuels and Delroy Matherson, pleaded guilty to the offences of uttering forged documents and conspiracy to defraud.

Also in September, Barrington Small pleaded guilty to charges of uttering a forged Jamaican driver's licence and paid a fine of $30,000.

Two persons from Clarendon - Maureen Rivers, a dressmaker, and Linford Rose, a farmer - were arrested and charged after presenting forged driver's licences. On October 12, both pleaded guilty in the Chapelton Municipal Court to uttering forged documents. Rivers was fined $100,000 or 30 days in jail. Rose is to be sentenced shortly.