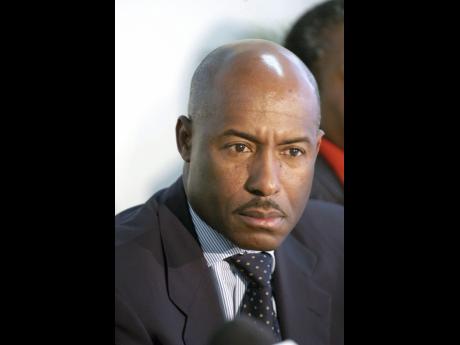 Jamaicans could have their constitutionally guaranteed rights infringed on by the Andrew Holness administration as it attempts to arrest the crime surge.

An indication that this could happen has come from the finance minister's chief technical adviser, Aubyn Hill, who told the Senate on Friday at its last sitting for the legislative year: "We're gonna do it properly."

In May last year, Attorney General Marlene Malahoo Forte set off a debate when she told the Parliament that "fundamental rights and freedoms guaranteed to Jamaicans may have to be abrogated, abridged, or infringed" to address crime.

That debate started after Holness's New Year's speech in which he said, "Zones where the security forces and other government agencies will be able to conduct special long-term operations in high-crime areas, including extensive searches for guns, contrabands, and criminals, will be created."

A month later, there have been few details, although Holness said that a plan would be rolled out in "the coming months", and he was "confident we will be able to bring the homicide rate down significantly".

However, on Friday, Hill, while responding to an opposition senator's criticisms of the administration's efforts, said that the Government would need the Opposition's support for the measures to respond to the upsurge in crime and violence.

"In less than a year, we could not provide the exact and complete solution. We've now appointed a national security adviser. The solution is coming, and we hope we will get the support, [and] when it comes, we won't hear any nonsense about 'Oh! You can't treat people that way'," said Hill.

To cheers from his government colleagues, Hill added: "We're gonna do it properly, but we need that support."

Earlier, Opposition Senator Lambert Brown lashed the Holness administration for what he said was its lack of urgency in responding to the crime wave gripping sections of the island.

Influential journalist Ian Boyne has argued that these are "not normal times" and for the Government to curtail rights to respond to crime.

But the Jamaican Bar Association, civil society groups, and rights advocates have warned the Government against infringing on rights, pointing to the alleged history of security force abuses and questionable results of 'hard policing'.