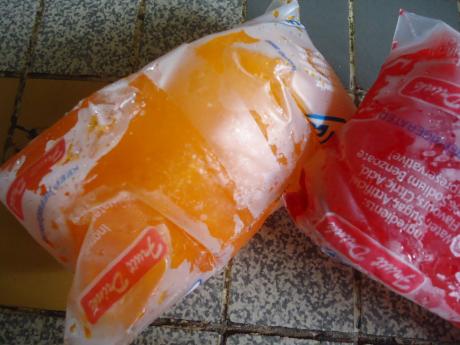 Ronald Thwaites, the opposition spokesman on education, is calling for the education minister, Ruel Reid, to give the country details on the replacement for bagged juice, which will be banned under the school-feeding programme.

"They are not going to be permitted to produce, package, and deliver bagged juice to the schools that they currently supply. That is in keeping with the policy directive that the prime minister has activated and our nutritional policy, which we will deliver to the school system ahead of the start of the new school year," Reid told RJR News.

Thwaites, who, during his period (2012-2016) as education minister, regularly spoke out against the 'Cheese Trix and bag juice' diet of children, said that he was pleased at Reid's announcement.

Thwaites said that before leaving office last March, the Portia Simpson Miller administration was negotiating with local farmers and processors for the provision of fruit drinks to schools. "We had negotiations with farmers in St Elizabeth, processors too, and in Manchester, regarding the provision of juice concentrate, which could be offered in substitution for the sugar and water. What is the ministry saying?"

The removal of bagged juice from the diet of children who benefit from the school-feeding programmes follows the instruction that Prime Minister Andrew Holness said that he gave the education ministry, which was to examine ways in which sugar can be reduced or removed from programmes supported by the Government.

"It will be the first phase of a comprehensive approach to regulate and discourage the overconsumption of products with high sugar content in the medium term," he told Parliament during his Budget Debate presentation on March 21.