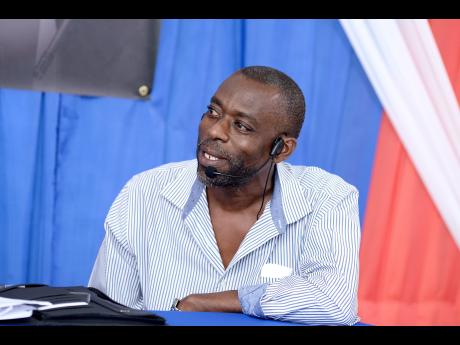 Anthropologist Dr Herbert Gayle is adamant that Jamaica has taken the wrong path in its quest to reduce the violence plaguing the country.

According to Gayle, Jamaica needs to focus on education and parenting rather than policing and punishment in the effort to tame the crime monster.

"The emphasis on policing violence when the homicide rate has long passed 30 per 100,000 is ridiculous. At this current trajectory, we're hitting about 62 murders per 100,000. In the science of violence, policing is a minor aspect, we've got it very wrong from a policy standpoint," Gayle told a Gleaner Crime Forum last Wednesday.

According to Gayle, it was important to note that violence is a science, not an issue to be shrouded with emotions.

"The root is to find out what is causing the violence and address those causative factors, not the repair or enforcement factors which are secondary and tertiary," said Gayle.

The university lecturer argued that organised acts of retaliation and feuds account for the bulk of the murders in Jamaica as opposed to vendetta, which he said doesn't exceed more than 30 per cent.

"Vendetta is a situation in which an individual who was harmed or a person close to an individual who suffered harm takes revenge on his own. Separate and apart from that is when we organise a community or a group in order to exact revenge," said Gayle.

He pointed to a study he conducted, which showed that for every one person killed, there are nine possible individuals who can take revenge.

"This now becomes a 'game of war', and this game has its principles, and like any other game, you find people beginning to enjoy killing. So violence is now a raw, brutish competition, and that explains why countries like Jamaica have so many murders because you now have gangs and communities with turf identities," said Gayle.

Against the backdrop of restorative justice being pushed by the Government, Gayle stated that some entire communities are in need of restoration, not just the individual.

"Violence requires people who understand violence, not people who are making guess-work about violence. We're doing this from the top down. We arrest them first, then find out how they're being affected and see if we can help them later, rather than just helping them avoid the crime."