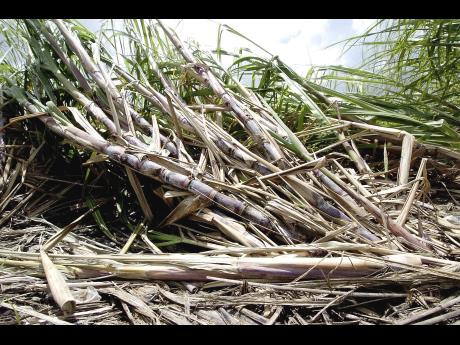 Stakeholders in the sugar sector in Trelawny are contending that the Sugar Company of Jamaica (SCJ) owes cane farmers in St James and Trelawny approximately $21 million from the 2004-2005 sugar crop year.

According to trusted sources, the money owed is a result of a late start to the crop and an early closure without giving the prescribed 30-day notice. This early closure resulted in 12,804 tonnes of cane not being reaped.

Aldane Barnett, a farmer with more than 2,000 tonnes of cane to be reaped this year, told The Gleaner that despite the efforts of the farmers to get information on the outstanding money owed to them, all they have been getting is a runaround.

"There has just been talk, and farmers suffered significant losses. They bought fertilisers, employed people to work on their farms, only to have the canes go unreaped," said Barnett. "We were given a commitment that the canes would have been reaped, but it was not."

Allan Rickards, chairman of the All-Island Cane Farmers Association, was recently quoted telling farmers at a meeting in Duanvale that he had been lobbying on their behalf with the SCJ and had a written undertaking from the company to provide assistance to compensate for the losses they suffered.

When The Gleaner reached out to Rickards for a comment on the concerns being raised by Barnett and others, he declined to comment, albeit noting that he expects the current crop season to be a very good one for the cane farmers.

"This crop payment should be good for the farmers. The projected price for sugar this year is $76,000 per ton. This should augur well for the second and third payments," said Rickards.

However, Barnett is adamant that the sum owed should be paid, and he wants it to be paid with interest. According to him, in their transaction with the SCJ, they are always called on to make their outstanding payments with interest.