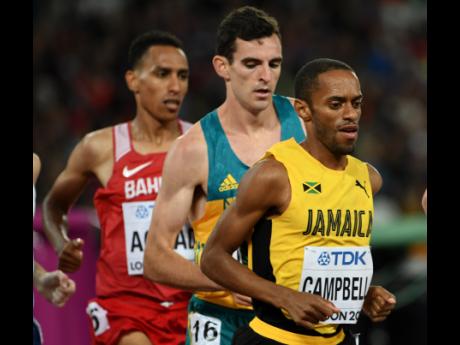 The Minister of Culture, Gender, Entertainment and Sport, Olivia Grange, has applauded members of Jamaica's team for the performance in the IAAF World Championships, which ends today.

"Today (yesterday), we witnessed the final act in the competitive athletic career of Usain Bolt. It didn't go according to plan as he collapsed with an injury while anchoring the Jamaica team in the 4x100 metres. He apologised to his teammates and all of Jamaica as he limped off the track.

"I do not accept his apology. Like his teammates, I will also say to Usain, there is no need for an apology because he gave everything - as he has always done," said Grange.

"I believe we all have been honoured to watch Usain do extraordinary things for the better part of the last 15 years. He redefined speed and brought great entertainment to world athletics. His impressive records might be broken one day, but his place in our hearts is secured for ever. We will forever remember his breathtaking brilliance. Usain will forever be our champion," added Grange.

According to Grange, while Jamaica's relatively young team which competed at the World Championships did not dominate as other Jamaican teams have done, "I have every confidence that they will learn from this experience and will be much stronger go forward. We must never give up on them".

Grange also expressed congratulations to the women's 4x100 metres team, which took the bronze medal today, and saluted Kemoy Campbell for making the final of the men's 5000 metres.

gracious and classy way in which they have conducted themselves throughout the London games.