Learning on a Battlefield | Students' safety concerns in MoBay 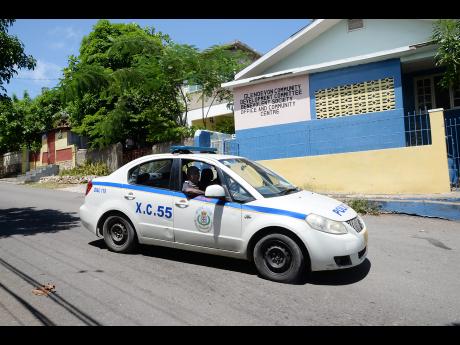 Jermaine Barnaby
Police on patrol in the troubled Glendevon community.

Administrators at several schools in Montego Bay, St James, are entering the new academic year with cautious optimism in a parish which has seen almost 200 murders since the start of this year.

Mount Salem in the parish was last Friday declared the first zone of special operations as the security forces move to stem the bloodshed that has left school administrators worried about how to keep their students safe.

"We have a Safety Plus Cub and Committee that looks after security ... in the mornings you have the safety wardens who go down to the gate to usher the students inside the school," said Sims.

"In the event of a flare-up on campus, we have the Critical Incident Plan. We also have regular meetings to discuss the security and safety of the school. Once they (the children) come through the gate, they are safe," added Sims.

At the Mt Salem Primary School, which is operating in a community hurting from ongoing gang-related violence, vice-principal Carlene Brown-Clarke said they are working to create a safe environment with the help of the Parent-Teacher Association (PTA).

"We are ready for Monday morning. Last academic year, some students had to move out of their homes because of the violence in the community, but at our PTA, we continue to empower the parents, asking them to work along with the children at home while we will do the same here at school," said Brown-Clarke.

She admitted that the violence in the community is negatively impacting some children as parents have reported that they are having challenges, especially those who are drawn to the violence.

Respect for the school

"They (the children) have some level of respect for the school ... even the people in the community they don't come over here and behave badly ... so students are safe once they are here," said Brown-Clarke.

The churches in the Glendevon community are also partnering with the schools with the teaching of values and attitude, in an effort to guide the children from the gangster life which is rampant in that community and neighbouring ones.

"The churches assist us with counselling, breakfast programme and back-to-school stationery, among other things," said Sims.

"We also have a good relationship with parents, youths and the police. I tell the community that children belong to all of us and that it takes a village to raise a child. At the end of the day, we all have one aim in mind, and that is for Jamaica to be a safer place," added Sims.