Guest Editor | Health insurance companies paid out $16b in 2016 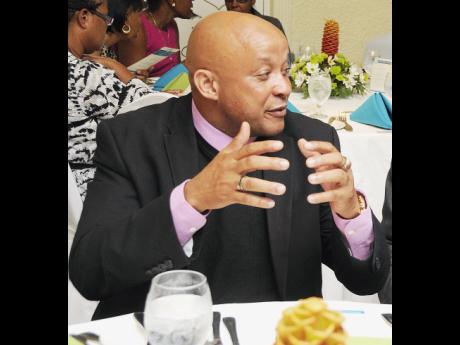 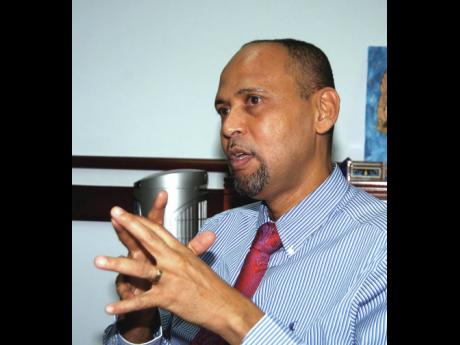 A whopping $16 billion in group health benefits was paid out by the country's health insurance companies in 2016. Of that amount, some $1.4 billion was for breast cancer-related services as more and younger Jamaican women are being affected by the disease.

The two major players in the group life insurance business, Guardian Life and Sagicor, revealed that the money paid out in relation to breast cancer comprises office and specialist visits, consultations, diagnostic services, and treatment. It also covered laboratory testing, mammograms, ultrasounds, biopsies and radiography scans, as well as the cost of surgery, hospitalisation, chemotherapy, and radiotherapy.

In fact, the total payout for breast cancer has been running in the $1.4-billion range since 2014, underlining the seriousness of the disease.

Of note is that one-third, or $5.32 billion of the $16 billion paid in health benefits in 2016, was spent on prescription drugs. Cancer drugs are known to be some of the most expensive, even when subsidised by the National Health Fund (NHF).

Only 15 per cent have health insurance

Despite the seeming enormity of the claim in a single year, only 15 per cent, or just about 420,000 Jamaicans, have health insurance. As such, many women, and some men suffering from breast cancer, often receive inadequate treatment, which usually has devastating consequences simply because they cannot afford to pay.

The insurance companies are not necessarily in any rush to increase coverage of the population as this could be detrimental to their bottom line.

President of Guardian Life Eric Hosin told The Gleaner that his company would possibly benefit from increased revenue. "But on the other hand, the volatility of claims could result in an erosion of profits, which is never a positive position for an enterprising business," he said.

When asked what factors were responsible for the low coverage, Hosin said: "The primary factor is affordability, which stems from low and irregular incomes. Another known factor is the individual's aversion to insurance and the pervading view that health care is not a priority in personal budgets until one becomes sick."

In terms of what can be done to improve coverage, Hosin hinted at a role for the Government. He told The Gleaner that, perhaps, consideration could be given to providing tax incentives for companies that offer health insurance to their workers.

"This could provide the motivation for more employers to make health insurance available to their employees," he reasoned, adding that "greater education of the Jamaican population on the advantages of health insurance may also assist".

Hosin conceded that individuals would undoubtedly benefit if more Jamaicans are insured. This, as increased health insurance coverage would provide improved access to health care, greater peace of mind, and would also extend lives in some instances. "The wider the net, the greater the possibility of more affordable premiums as the risks may be spread across a larger group," he said.

He revealed that as a company in business to make a profit, Guardian Life had proposed ways to reduce the payouts for cancer-related illnesses, particularly breast cancer. These include:

- The implementation of more innovative ways to increase public awareness;

- Improved and routine self-examination for early detection and treatment;

- Promotion of healthy lifestyle habits to reduce chances of diagnosis and to improve recovery.

Eric Hosin says that Guardian Life is currently a group health insurer, and consequently, the provision of health insurance is facilitated primarily through employers or associations. He said, however, that employers were under pressure to manage employee costs, including health insurance, and, therefore, would seek out strategies to reduce these costs.

But, Hosin said, a collaborative approach between the insurance companies and the employers to educate workers on 'preventative health management' could contribute to a reduction in the use of benefits, resulting in more affordable coverage and retention of coverage.

Additionally, combined actions in making the treatment more accessible and affordable, for example, in collaboration with the NHF's Herceptin programme, could help breast cancer patients. Though Herceptin is not on the NHF's list of drugs, there is a special programme for access through treatment within certain public hospitals. Herceptin is used to treat metastatic breast cancer. It can set a patient back up to $350,000 per treatment.

What will the Government do to make the situation much more manageable for the majority of Jamaicans without health insurance? Minister of Health Dr Christopher Tufton, when responding to questions from The Gleaner about the low level of coverage, said: "This is one for dialogue with health insurance companies to look at providing insurance for routine annual wellness visits to the doctor and to support age-appropriate routine screening."

SEE MORE FROM OUR GUEST EDITORS IN NEWS