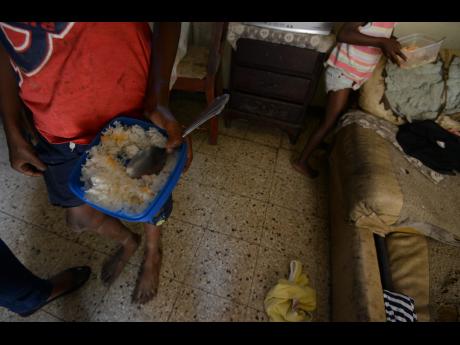 Ricardo Makyn
The CDA had no option but to take these two children into state care after they were found living in squalor in this house. 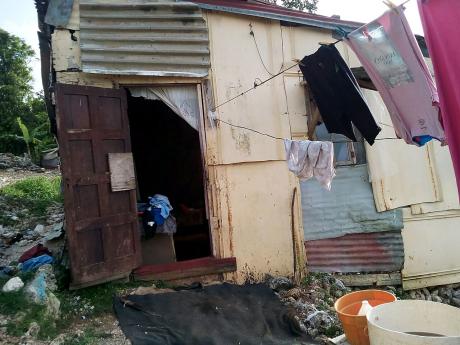 Contributed
One of the houses where CDA investigators have had to rescue children over the years.
1
2

For years, they have run to the rescue of scores of Jamaican children living in filthy, unhealthy conditions, but hardened investigators at the Child Development Agency (CDA) still shudder at what they find.

“It is very disheartening. Sometimes our investigators just get together and cry when they see the conditions that some children, especially disabled children, are living in on the island,” said Rochelle Dixon, head of communication at the CDA.

“The issue is the poverty that the parents are facing, and it is the same all across the parishes. In Kingston, it is more like a tenement setting but compounded with the violence; but in the rural areas, the so-called homes are more open and dilapidated,” added Dixon.

She argued that because of land space and isolation, several cases of children in need of care and protection in rural Jamaica go unreported.

Since the start of this year, CDA investigators have responded to more than 110 cases of children being housed in deplorable conditions. March accounted for the highest number with 36 reports, followed by June when the investigators responded to 19 cases.

Last week, some CDA investigators spoke with furrowed brows as they recalled some of the more heartwrenching scenes they have visited.

The experienced investigators said that in some instances, even after they remove the children from the unhealthy living conditions, they remained psychologically scarred.

“I can recall a family with eight children in Westmoreland. They resorted to living in a cave because their house was allegedly burnt down by people in the community who labelled the father a thief,” recounted one female CDA investigator last Thursday.

“When we went there, the children were sick, the place was covered in mud, there was no food, and while they had a little hut on the outside, they stayed inside the cave and ate anything they could find in the cave. They didn’t have access to a toilet,” she added, as she noted that the children had to be removed to a place of safety.

“When we took them to the home, they were afraid of the toilet. They didn’t use it and instead opted to use bushes, and if something fell on the ground they would pick it up and eat it,” continued the investigator.

“As a father, it affects me in many different ways. We know of the poverty, but when you see what these people are calling home, you really see that it is the children who are suffering the most,” said the investigator. He recounted a case in St James where two girls, both under 12 years old, occupied a dilapidated, rat- and roach-infested house with their father.

Another investigator recalled an instance where the parents of a disabled 10-year-old girl had grown frustrated with her and abandoned her with elderly grandparents in deep rural Trelawny.

"When we went there, the child couldn't walk and so she was outside on her hands on knees in the mud all day. The house was a disgrace because she relieved herself right on the spot. The grandparents couldn't take care of themselves much less her," said the investigator.

He was interrupted by two of his colleagues who spoke of children sharing a hut which was partially a fowl coop, and of houses which had walls made of sheets.

Last week, Horace Chang, minister without portfolio in the Office of the Prime Minister with responsibility for housing, told our news team that the Government is looking very seriously at addressing the most dire social-housing problems, especially those which pose safety and health challenges to children.

"We have been dealing with two in St Elizabeth involving one where a child was abused by somebody in the community. We have found land for them to be relocated," said Chang.

He said that the most severe cases are dealt with as promptly as possible once the authorities are aware of them.

"We are looking at how we can expand our social-housing sector. There is a social-housing programme which was operated through Food For The Poor, the Poor Relief Department, and the Ministry of Housing, but that is very limited.

"We are reviewing that policy, the agencies and how we go about solving this social housing problem," added Chang as he vowed to have preliminary solutions in place within the next year.