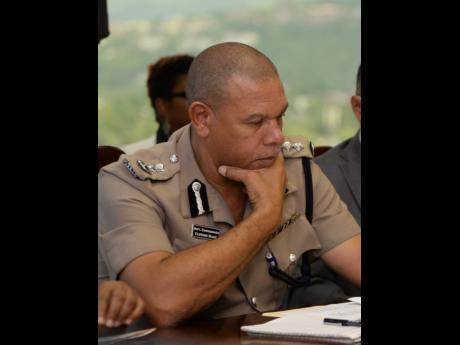 Struggling to devise measures to stem the bloodletting in St James, where more than 310 persons have been killed since January, the leadership of the police force has scrapped its regular weekly review meeting tomorrow and instead summoned a high-level team of senior officers for a special meeting to focus on the western Jamaica parish.

The Sunday Gleaner has confirmed that the change, which was made by deputy commissioner in charge of the strategic operations portfolio, Clifford Blake, is in response to the seemingly unending violent incidents in the parish.

Assistant Commissioner of Police (ACP) Donovan Graham, who is in charge of the Police Area One, which covers St James, Hanover, Westmoreland and Trelawny, and the man he replaced, ACP Warren Clarke, are also among those invited.

"The invitees are being asked to utilise their knowledge and experience of the division over the next few days to evaluate the escalating crime situation in the division and be prepared to contribute to the development of a 2018 Strategic Plan geared specifically at murder reduction," Blake reportedly told those he invited.

He has also charged the leadership of the Major Organised Crime and Anti-Corruption Agency, and the Counter-Terrorism and Organised Crime Branch to come to the meeting prepared to discuss organised and financial crimes in St James, and to explore the possibility of collaborating with the Financial Investigations Division to fight the criminals.

According to Blake, the Area One intelligence commander and the divisional intelligence manager for St James are to collaborate to prepare an intelligence briefing on the crime situation in the parish so far this year, and prepare a mapping and summary showing murders and shootings for the period.