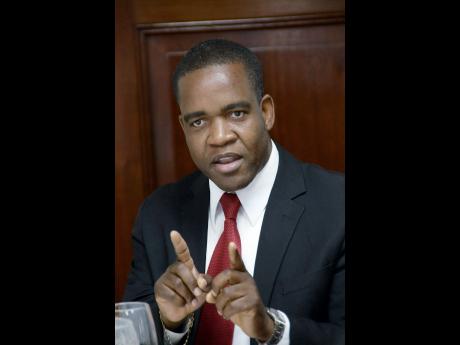 Assistant Commissioner of Police Kevin Blake has rejected claims that rouge cops are moving prisoners from one lock-up to the next to lose them in custody.

Blake was responding to claims from some Kingston Justices of the Peace (JPs) and human rights group, Jamaicans for Justice (JFJ), that inmates are being moved from station to station whenever they seek outside assistance for issues in detention.

“If we are to call another division, at another lock-up and ask to accommodate two inmates, that would be a major task, something that may have to be shot up to my level,” said Blake, who has responsibility for the Police Area Four which covers several Corporate Area police lock-ups.

“If for any reason that we have to transfer an inmate from one lock-up to the next, most times it is in the interest of the inmate. These are persons in the care of the state. It is something that we take very seriously, especially persons who are not yet charged,” added Blake.

He said there are times when inmates are moved for health reasons and for upgrades and repairs to the lock-up facilities.

According to Blake, in most cases relatives of the inmates are contacted before the assigned visiting periods but sometimes, for security reasons, information of the transfer is held back until after the inmates’ relocation.

Two weeks ago JPs in Kingston charged that inmates are sometimes relocated after being interviewed by them.

The JPs further alleged that there are instances when inmates are shifted from one lock-up to the next as cops prepare evidence against them.

During a recent meeting of the Kingston JPs Lock-Up Visitation Sub-Committee one JP told The Sunday Gleaner that, “sometimes when you visit the lock-ups and talk to inmates and you ask about the conditions ... by the other week you go back there they are transferred. They are not there.”

But Custos of Kingston Steadman Fuller, however, said such reports have not been verified.

“I’ve heard those stories, I’ve never checked the veracity of it but I’ve heard it,” said Fuller.

He added that the police often report that inmates are moved for safety purposes or as what he describe as delay tactic to scoop up more evidence.

“After 48 hours, however, you should either charge the detainee or release them,” added Fuller.

JFJ has reported that it is handling at least 16 lawsuits involving inmates who claimed they were unfairly detained, tortured, and overtime lost in the lock-up system after being transferred from one area to the next.

“In every instance we have seen, court proceedings or investigations which revealed that the victims were not criminals, but were just poor Jamaicans who could not do anything to save themselves from being targeted,” said Rodje Malcolm, executive director of the human-rights group.