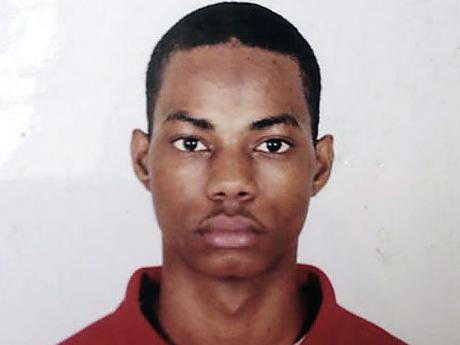 With the killing last Friday night of the main witness, a question mark now hangs over the case against three police officers charged in connection with the death of Mario Deane, who succumbed to injuries sustained at the Barnett Street Police Station in Montego Bay in 2014.

The witness, 24-year-old Fahdeal Ferguson of Spring Mount in St James, was one of two men killed by unknown assailants shortly after 8 p.m. last Friday in John's Hall in the parish. The other man has been identified as 23-year-old Odaine Graham of John's Hall.

According to reports, Ferguson was among a group of five persons standing at a stall along Dam Road in John's Hall, when a car pulled up and men wearing unmarked vests alighted and opened fire on them. Three members of the group, including Ferguson and Graham, were shot. They were all taken to Cornwall Regional Hospital, where Ferguson and Graham were pronounced dead.

"I don't know who killed him and why, but I know he was a witness in the Mario Deane case, and I believe he was supposed to attend court next week," a relative of Ferguson told The Gleaner yesterday. "I don't want to speculate, but as the saying goes, 'A dead man tells no tales'."

Ferguson, who was in custody at the Barnett Street Police Station on August 3, 2014, the day Deane was beaten, is said to have given statements to investigators, including the Independent Commission of Investigations (INDECOM), implicating both police personnel and other inmates in the incident, which subsequently generated local and international attention.

After participating in an identification parade in connection with the case on September 13, 2014 at the Freeport Police Station, the police reported that Ferguson had escaped custody and was on the run. However, his mother, Ovia Brown, denied the claim, saying that it was the police who had set her son free. Ferguson was subsequently recaptured and was sentenced to six months in prison for the offence.

The Mario Deane case's progression, which has been hampered by various issues, including the failure of witnesses to appear in court to give evidence, took an interesting twist earlier this year when the defence team asked the court to consider a no-case submission against Stewart, Clevon, and Grant. That matter is slated to be addressed in court on May 4.