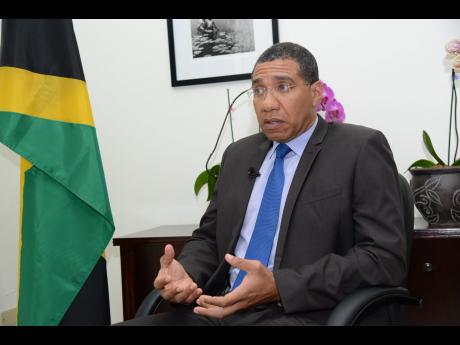 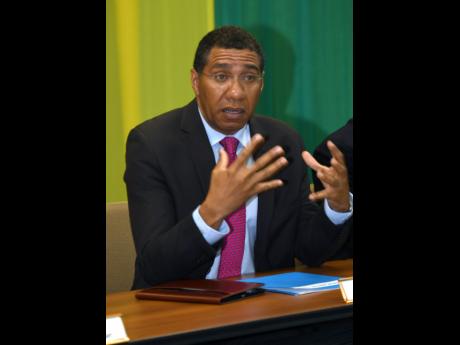 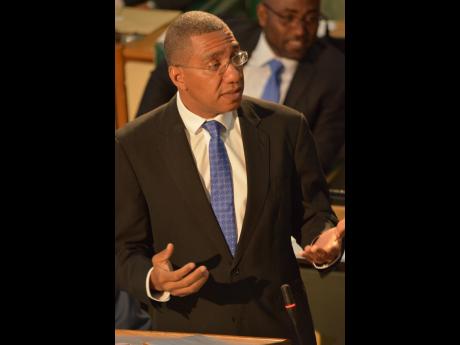 Prime Minister Andrew Holness has reportedly told his Cabinet colleagues that he is prepared to take tough actions to sort out the issues at Petrojam as the controversy swirling around the oil refinery could damage its market value and scupper its planned divestment.

Holness is slated to get a report into the operations of Petrojam from the permanent secretary in the Ministry of Science, Energy and Technology tomorrow, but senior Government sources say he is very concerned about the operations at the refinery.

"The prime minister is not singularly focused on the political implications of the actions or inaction of the Minister Andrew Wheatley and that of the previous board, he is thinking much about any negative impact that reputational damage could have on the market valuation of Petrojam," one senior Government source told The Sunday Gleaner.

"There has always been talk of corrupt practises swirling around Petrojam, ranging from the systematic theft of refined products, manipulation of prices, to the issuance of major supply contracts and the PM is concerned about all of this," added the source.

He said Holness' problems are compounded by the fact that the current allegations have placed the oil refinery in the cross hairs of public consternation right at the point in time when the Government has to consider its future and take strategic action.

"The prime minister has told his Cabinet colleagues that now is the time to clean up Petrojam and get it into shape for divestment," said the source.

According to the source, a clearly concerned Holness told his colleagues that, "The problem with these large state owned entities is that the potential is too great for bureaucrats and politicians to turn them into personal fiefdoms. Unfortunately, it is the case that managers are more accountable to shareholders than they are to voters".

The Sunday Gleaner understands that Holness has been trying to convince some of his colleagues that the Government needs to divest Petrojam as well as other State-owned energy assets including the shares in the Jamaica Public Service Company and its stake in the Wigton Wind Farm.

"The truth is that the energy market has changed, LNG will replace oil as Jamaica's main source of fuel for electricity in a matter months. The prime minister has already stated that government fleets should start making the transition to electric. Further, it is our intention to increase our renewable energy generation to 30 per cent in the short term, so Petrojam has to be reshaped in all of this," said the senior Government source.

He noted that Jamaica is yet to make any serious progress in its efforts to get the Venezuelan Government, which holds a 49 per cent stake in the refinery, to commit to its well-needed upgrade and talks for the Jamaican Government to purchase that stake are meandering.

"Without the agreement of the Venezuelan's, our oil refinery could fall into obsolescence and the Jamaican public will continue to pay higher costs for refined petrol products," added the source.

Holness is also reportedly concerned that efforts to improve the efficiency of the refinery with the introduction of a Vacuum Distillation Unit (VDU) are being delayed.

"If this is delayed or not properly executed, it could further compound and threaten the viability of Petrojam," said the source as he noted that the target for completion is 2020 to meet new international fuel standards.

"It has been brought to the attention of the prime minister that there may be internal personnel, partisan and bureaucratic issues in the administration of Petrojam that could interfere with the progress of the VDU project," added the source.

He said Holness sees this current crisis as an opportunity, not only to address the political issues surrounding the minister's oversight of the refinery, but more important to place assets of Petrojam on a sound governance and management footing to facilitate a new strategic direction for the organisation.

"From our perspective, while we await the results of the independent investigative bodies, we will do our own probe to address issues of personnel performance, policy weakness, and administrative or regulatory gaps that may become obvious.

"We don't try to cover up anything or protect any wrongdoer, but we are also aware that there is much misinformation and inaccuracies being circulated. At the end of the day the prime minister has to act on facts, and he is moving to get those facts and act quickly and decisively as they are established," said the source.