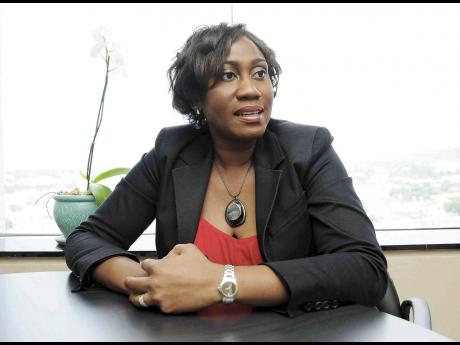 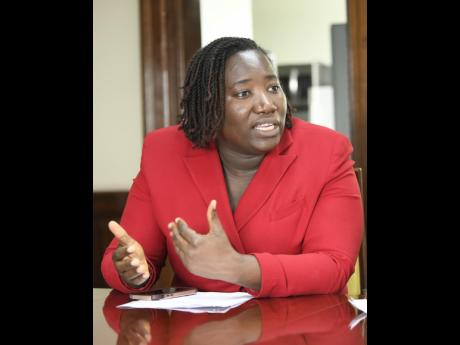 Responding to questions from The Sunday Gleaner, the Children's Advocate said while she understands the dilemma some service providers face in trying to maintain trust with children, the law should be taken into consideration.

According to Harrison, while she believes that the best interest of the child should be considered if the situation is life-threatening, the service provider would still have a duty to notify the authorities.

"Because of the state of the law, that requires children who manifest with certain condition to be red-flagged, if you will, in the system for further intervention, there is a duty that anybody who is providing such care has to make a report to the relevant agency," said Gordon Harrison.

But co-founder of Eve for Life, Joy Crawford, believes the law makes it challenging to address the needs of young people.

"We have it every day. The kids come to us, they share horrifying stories, they have need for treatment, they have need for information, the need for child protection, and you as the practitioner have to do what you have to do," Crawford told an educator who recently sought advice about how to offer help to children who do not want their parents involved.

"If you don't do it, what really happens is that you are now out of line with your oath for caring for the child. It brings to question the issue around what is in the best interest of the child," added Crawford, whose group provides support for women and girls living with HIV.

She was speaking during a forum put on by the Jamaica AIDS Support for Life (JASL) to look at the destigmatising of HIV/AIDS through legislative change at The Jamaica Pegasus hotel in Kingston last week.

Crawford was supported by executive director of JASL, Kandasi Levermore, who argued that the current legal atmosphere is stifling the efforts of groups such as hers to offer treatment to children in need of intervention.

Levermore lamented that Jamaica does not have a strong youth response to HIV/AIDS, although the 15 to 24 age group now has highest rate of new infections.

"The fact is, young persons 16 and under, it is difficult to provide services for them because we meet upon a lot of roadblocks about what kind of information are we providing to these young persons.

"The data is telling us that (for) young persons, the average age of sexual debut is 14 for boys and 15 for girls, but our programming is not trying to address the fact that persons, by the time they get to the age of 15 and 16, they are already sexually active," added Levermore.

But Gordon Harrison said there is no strong empirical data to suggest that a refusal to give children condoms or other interventions without parental consent is the reason for the high incidence of HIV within the 15 to 24 age group.

"I think it is a very likely argument and it is one that I have heard on a number of occasions. In terms of this link, I don't think we have any specific studies, though, that shows a link or causation directly in terms of empirical evidence.

"But it is a common-sense argument, if you will, that if children are doing things that are exposing them to risk or harm and they can't receive responsible information or access to services, then they may continue in the dark," she said.

Guidance counsellor at the Papine High School, Peter Harding, agrees that educators should continue to get the parents involved while offering services and interventions aimed at assisting children, as the law stipulates.

"Sure enough, (the law) has affected the level of openness and willingness to get information and to get help or to reveal what is happening in their personal life," said Harding.

"I think that if you negotiate, if you are able to work with this person, then they eventually come around," added Harding.

According to Harding, while changing the law is a controversial issue and warrants further discussion, he is not at the point yet where he will say it needs to change.

Harding, who has been a guidance counsellor for 10 years, said students often give permission for him to disclose information to their parents.

"I don't know what the data is saying, but I find that in my own practice, once I can develop a relationship with them for trust, you find that they will come of their own volition and disclose."