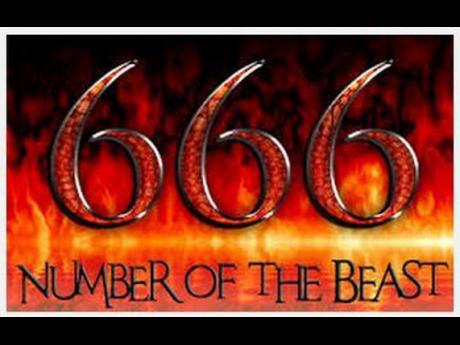 Whatever form the National Identification System (NIDS) takes when it is finally completed, 666 will not be included in the planned random nine-digit numbering process.

“The NIDS number will be random and we have made sure that there will be no three consecutive sixes in those numbers,” Richard Delapenha of the Prime Minister’s Office declared to loud applause yesterday at the National Health Research Conference, held at the Jamaica Conference Centre in downtown Kingston. “We have made sure that the system is so designed that no one can get 6-6-6, because we know what they’d want to say."

His comment was in reference to Revelation chapter 12 and verse 18 in the Bible, which states: “Here is wisdom. Let him that hath understanding count the number of the beast: for it is the number of a man: and his number is Six hundred threescore and six.”

Delapenha, who explained that the completion of NIDS would be subject to the Supreme Court ruling on the challenge to its constitutionality, noted that the number will be assigned at birth and the ID card at age six. Up to age 18, the national ID will be upgraded every five years and from then until 60 years of age, every 10 years. For senior citizens (over 60 years old), renewal will be every 15 years.

He pointed out that misuse of NIDS was not likely, since the assigned number is deactivated upon a person’s death and never given to anyone else. However, the data associated with the number is retained by the relevant authority.

The NIDS card is issued free of cost to the holder but replacement for lost cards will attractive a nominal fee.

“The reason we did that is to ensure that persons take care towards these cards, because if everything is free, they will just throw it down and treat it any way. We wanted some ownership, so we are including a minimal fee,” Delapenha disclosed.