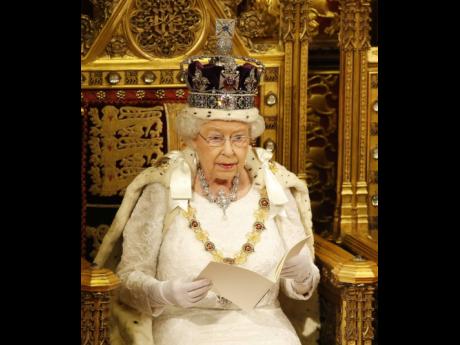 The nation will focus on projects related to children's safety for Labour Day 2019.

The May 23 public holiday, usually geared towards encouraging citizens to undertake projects to uplift communities, will see special emphasis is being placed on instituting safeguards for children on the roads and at schools.

“It is timely, and I think we should also address … the safety of our children from predators. We cannot overlook [this] in our planning and discussions, [as to] how we will address it in a public way,” Minister of Culture, Gender, Entertainment and Sport Olivia Grange said as she addressed members of the National Labour Day Planning Committee, which she chairs. last Thursday.

The Hanover police seized four illegal firearms and several rounds of ammunition in a cemetery on Sunday as part of what is being described as heightened operations across the western parish over the Easter weekend.

The police said about 1:10 p.m., a team of officers carried out an operation at the Santoy Cemetery on Church Hill Road in Green Island.

They found an Intratec sub-machine gun, a Taurus pistol, a mini Taurus pistol and a Smith and Wesson pistol. Seventy-six 9mm rounds of ammunition were also seized.

Queen Elizabeth II is celebrating her 93rd birthday, which this year coincides with Easter Sunday.

The Queen of the United Kingdom and the other Commonwealth realms marked Easter by attending a service with other senior royals at St George's Chapel on the grounds of Windsor Castle, west of London.

The Queen's birthday is marked this year by an unusual sunny spell that has sent flowers blooming on the extensive castle grounds.

Sunday is the first of two birthday celebrations each year for the queen. She marks her official birthday in June with the Trooping the Color parade.

The two-birthday tradition dates back more than 250 years, when it was instituted by King George II.

Elizabeth II is the longest-reigning monarch in British history. She still maintains an active schedule, although she does not travel as often as she used to.

Her 97-year-old husband, Prince Philip, has retired from public duties and did not attend the service.