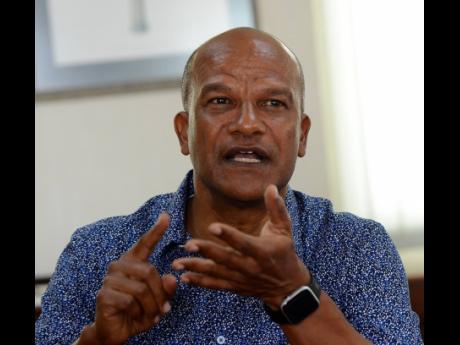 Manchester Central Member of Parliament Peter Bunting, who is challenging for the leadership of the People’s National Party (PNP), will take centre stage at today’s official launch of his Rise United campaign at the Manchester High School auditorium in Mandeville.

Bunting is the only declared challenger to Dr Peter Phillips’ leadership since he became president of the political party by acclamation in 2017, following the decision by then incumbent Portia Simpson Miller to step aside.

Bunting, whose challenge for the leadership was expected in 2018, backed away from the ring and was viewed by many as a ‘coward’ for the move. In 2019, however, he returned to the fore and identified himself as challenger several weeks ago.

In a recent Gleaner Editors’ Forum, Bunting described the last three years since the PNP’s 2016 general election defeat as politically painful. His decision to vie for the presidency, he said, was in response to “frustrated comrades, desperate for change and modernisation in a party stuck in its 1940s formation era”.

“The general public is invited to the launch. We expect to put on display a very modern and professional arrangement and presentation to the people. Several members of the team will speak and you will have representation from the various arms and affiliates,” Campbell told The Sunday Gleaner on Friday.

“The candidate will speak at prime time at 8 p.m. He will speak to transformation that is needed within the party and his commitment to doing what is needed, plus, he will focus on a few key select national issues,” Campbell explained.

“Persons will have no doubt as to the direction in which he will take the party, and country.”

The public is invited to be at the venue for a one-hour ‘praise and worship’ at 5 p.m. The programme will start at 6 p.m.

Other members of parliament who have thrown their support behind Bunting include Robert Pickersgill, Hayles, Luther Buchanan, Colin Fagan, Michael Stewart, Ronnie Thwaites and Derrick Kellier.

“I believe the party must put itself in the best position to win. Under the leadership of Peter Bunting, a proven winner, the PNP will do just that,” said Golding.